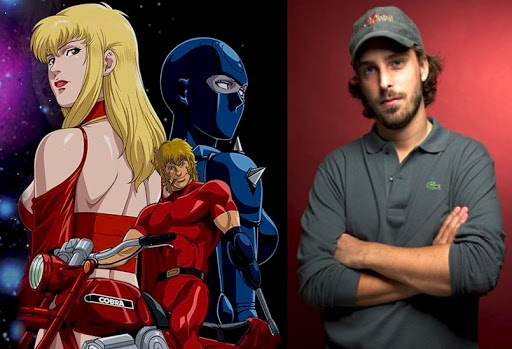 Last week we had the pleasure of speaking to horror director and scribe Alexandre Aja all about the upcoming movie Horns, starring Daniel Radcliffe and Juno Temple and based on the novel of the same name by Joe Hill. During our conversation it was only natural for us to ask him for his take on the whole horror remake debate. Find out below what his particular reasons are for choosing and accepting to take on remakes together with a few bits of revealing information about a Scanners television series and a film project he has had floating around his head since as far back as he can remember, Cobra The Space Pirate.

Most of your films tend to be remakes or revamps. The audience is very split about these as most never tend to live up to the originals. How do you view this entire process?

Well it just seems to be the Hollywood system right now really. Obviously when you are tackling this territory you have to be as respectful as possible of both the original films and their creators. I have had the great pleasure of being able to collaborate with the likes of Wes Craven on The Hills Have Eyes and William Lustig on Maniac and it’s always an amazing experience to be able to create this rapport with the people who first created these movies that you love.

If I’m not mistaken, I understand that, despite having directed so many remakes, you have only actually accepted to tackle films that you thought were bad in the first place. Is that right?

Well that was sort of the idea for doing the remakes although I wouldn’t consider Piranha a remake as the original was actually pretty damned good and my version was a completely different take. You are right though in the sense that I did see room for improvement for the other remakes I have accepted to take on.

For that very reason I in no way wanted to get involved with The Last House on the Left and I would never have even dared try and take on The Texas Chainsaw Massacre. For me those two films are just perfect recipes that just mustn’t be messed with.

Another remake I have done that I wouldn’t really tie in with your question is Maniac as I consider the original to be one of the best horror movies ever made. Let’s just say that when I accept to make a “real” remake it’s because I feel the movie can be enhanced in some way. When I did Maniac and Piranha I just tried to do something so different to ensure that the originals could exist in their own right rather than me trying to compete with something that I couldn’t even try and compete with.

So you say you have turned down offers to do remakes. I know you have often said that you would kill anyone who even tries to remake Deliverance.

Yes, I would say I get remake offers a couple of times every month and I tend to have to say no because of what I just said. Most of the movies Hollywood want to remake are just too important for me and really shouldn’t be messed with.

A lot of current horror movies do blend in a lot of comedy nowadays and I believe this is something you sternly try to avoid? Is this down to your love of`’70s and ’80s horror or do you just believe there will never be chemistry between those two genres?

It’s all about creating fear for me. If you want people to feel the fear then you have to try not to bring in comedy as that waters down the tension of a movie. 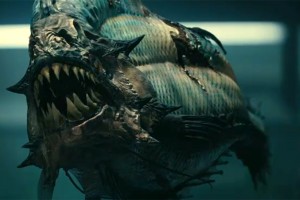 But Piranha was exactly the opposite as it brought comedy into the mix in a big way. It was a very tongue-in-cheek affair. What made you decide to forget your “no comedy rule” when it came to that project?

Basically, when I went into that one I went in not wanting to make a scary movie. I just wanted to create this fast paced guilty pleasure about young Americans getting massacred by prehistoric piranhas. I’m really happy with the result because it seems like a lot of people were really eager to see Spring Break under attack.

And were you ever attached to make the rather poor Piranha sequel with the Hoff?

Not at all. What happened was exactly the same as with The Hills Have Eyes. We certainly had ideas for sequels for both films but both studios involved opted for less expensive routes which is why I ended up having nothing to do with either. I haven’t seen the Piranha sequel but from what I have heard it’s a shame our version didn’t get made as we had a great idea that would have followed in the same vein as our original and would have been much less of a spoof compared to what ended up being released.

Going back to your love for everything ’70s, you always try to keep CGI effects to a bare minimum and have worked with some of the best make up artists in the business such as Giannetto De Rossi who has worked with the likes of Lucio Fulci and Dario Argento.

I try to keep things as real as I can and most of the films I have done so far have required a lot of makeup work which we often then enhance using some CGI. Everything is about making people believe what they see and if you aren‘t buying what you are watching then you are out. This is vital when making a horror movie which sort of goes hand in hand with what I was saying about the comedy element.

A lot of horror directors certainly try and stick to makeup effects as much as possible nowadays. The effects in the Evil Dead remake are a great example of what you can do just using makeup.

Oh yes! Evil Dead was absolutely amazing in terms of makeup. That has to be one of the most amazing movies I have seen recently. I was like WOW impressed.

Coming back to the present, you’ve got Maniac popping up in various corners of the world and Horns set to release late in the year. What else can we expect from you in the near future? How are you plans for Cobra The Space Pirate going?

Well that’s a project that is so dear to me that I will wait all the time necessary to ensure it gets made exactly the way I have it envisioned. It’s a space adventure that will be amazing but it will also be a very expensive project to produce so it may take a bit more time that it usually takes but it will definitely get made.

I know you loved the animated series on the television as a child so I can only start to imagine how long this idea has been going around in your head.

I used to literally run home after school to catch the latest episode on the television and then I later discovered the Manga and Cobra the Pirate literally became on of my favourite characters.

As for the idea, the script is completed and we are already meeting various actors to make decisions and we’re looking to get the film made within the next few years.

When you say it will be an expensive project, is this something that you take into account when preparing a script or do you write the script and then see how the production team can make your ideas a reality?

I keep those kinds of thoughts well out of mind if possible. The thing is you have to see the writing process as just paper and ink. You really have to strive not to restrain your ambitions when it comes to writing. I need as much freedom as possible. 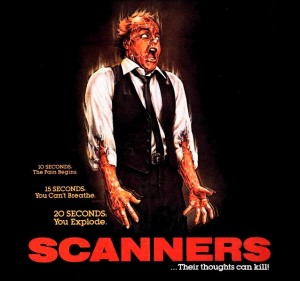 And apart from movies, horror television series more often than not seem to be hitting all the right notes with audiences. Have you or would you consider writing and/or directing something with a much longer story arc involved?

Well we have actually been negotiating a series for quite some time. It’s a televised series version of Scanners and I think that this should come to fruition very, very soon.

As a final note, many fans, particularly fans of High Tension, are eager for you to write and direct something on the same hardcore level as the aforementioned film. Would you agree with some of your fans who are saying your films have become a bit more diluted?

To be totally honest I thought that my last release, Maniac, was seriously hardcore. I love the horror genre but as a writer and director I just want to avoid falling into the pitfall of repeating the same film over and over again. I hope to be able to surprise audiences with each new project I am involved with and I hope Horns does just that.

We’d like to thank Alexandre for the time he took to speak to us. Horns will be released in the US on October 11, 2013 whilst a UK release date is yet to be announced. In the meantime, we’ll leave you with a trailer for his latest release, Maniac which premiered here in the UK at the Film4 FrightFest last year.