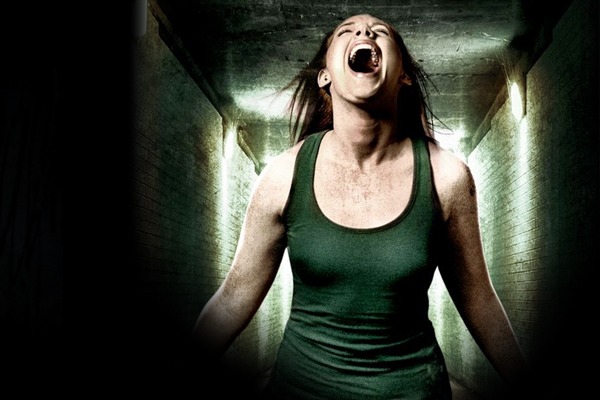 Last month Willow Creek was a found footage film that proved Bigfoot just might exist, Delivery shocked us with its chilling tale of a haunted pregnancy and we were glad to see the Paranormal Activity franchise get back on track with The Marked Ones. Now, as we move into June, let’s see what horror delights will be gracing stores over the next few weeks. 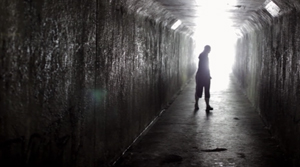 We can honestly say that director Mike Flanagan knows how to terrify an audience. With his latest effort Oculus about to be released in UK cinemas not that many people outside of the festival circuit would have heard of his earlier film Absentia. Telling the story of Tricia whose husband Daniel has been missing for several years. After her younger sister Callie comes to live with her to help declare her husband ‘dead in absentia.’ However, whilst Tricia begins sorting out the paper work, Callie is drawn to a tunnel near the house which may have links to Daniel’s disappearance. Believe me when I say this but Absentia is a slice of horror that will unnerve you and keep you on the edge of your seat. 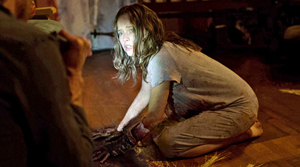 Released in UK cinemas at the beginning of January, Devil’s Due tells the story of newlyweds Samantha and Zack. After finding themselves pregnant following a lost night on their honeymoon, Zack begins to notice odd behaviour in Sam and things take a more sinister turn as the months go by. Despite the similarities between last month’s favourite Delivery, this film pales in comparison. So if you’re looking for actual scares you’re going to be disappointed with this. Go check out Delivery instead, you will thank us later. 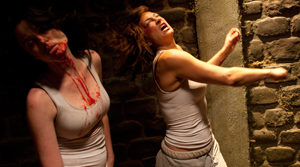 If someone was to ask you who the toughest woman is in film? Our money is on Zoe Bell. She massacred the Crazy 88 as Uma Thurman’s stunt double in Kill Bill and she got her revenge against Kurt Russell’s Stuntman Mike in Death Proof. Now stepping out into the spotlight in a feature role, Zoe Bell stars in Raze a film about 50 women who are kidnapped and forced to fight each other to the death until the last person standing is given their freedom. With nicely choreographed fight scenes that will have you wincing in pain, Raze is a mixed bag but worth checking out. 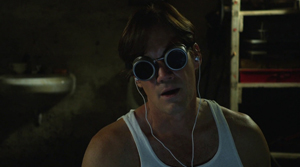 TV’s very own Hercules Kevin Sorbo turns nasty after arranging a date with Julia (Valerie Azlynn) over the internet. After their initial meet he kidnaps Julia and brands her with the letter “X”. This sparks a deadly game of cat and mouse where plenty of blood will be shed. From the look of the trailer Julia X looks quite the gorefest so those looking for this sort of thing might have struck gold here but for us here at CinemaChords, we’re going to tread carefully.

From the makers of The Last Exorcism comes The Frankenstein Theory, a found footage film that sees Professor John Venkenheim (Kris Lemeche) lead a documentary crew to the rim of the Arctic Circle. Inspired by Mary Shelly’s ghastly story Frankenstein, Professor Venkenheim searches for traces of the monster. The trailer looks pretty solid but it doesn’t show anything that we haven’t seen before. 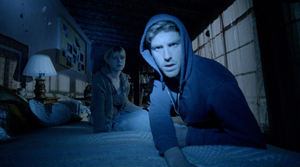 From the producers of The Pact and The Divide, Mr. Jones is the directorial debut of Karl Mueller. The film had its world premiere at the 2013 Tribeca Film Festival and follows Penny and Scott, a young couple who decided to head out to the woods to work on a film. After settling in their cabin they soon find themselves being terrorised by a series of unexplainable events. It would appear that this film is an acquired taste for some so why not check it out, make your own mind up about it and let us know. 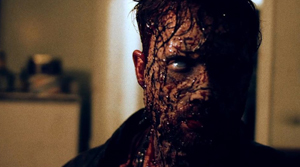 Shown during last years Film4 Frightfest and Grimmfest, Wither tells the story of a group of young people who decide to take a holiday in an isolated country house. When one of them accidentally unleashes a mysterious and murderous creature trapped in the basement. Wither is Sweden’s homage to Evil Dead and in some respect is what the Evil Dead remake should have been. Its effects are gruesome and its use of comedy is superb. This is a film that we thoroughly recommend checking out. 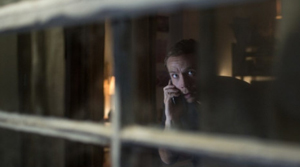 From Daniel Stamm, the director of The Last Exorcism, 13 Sins follows Elliot, a man drowning in debt and soon about to marry his fiance. After receiving a mysterious call from a voice informing him that he is on a hidden camera game show where he must complete thirteen tasks to receive a big cash prize Elliot jumps at the chance. But when the stakes rise with each challenge, Elliot soon realises he’s trapped into the horrors and the only way out is death. Borrowing elements from 12 Rounds and Cheap Thrills, 13 Sins is a surprisingly well made film that will keep gore-fans content.

So this month horror fans get to embrace deadly challenges, paranormal hauntings, fairytale monsters, and even more found footage films to add to their collection. We here at CinemaChords hope you will keep these titles in mind when you want to kick back with a scary movie or two but our favourites this month are Absentia and Wither so be sure to check them out.