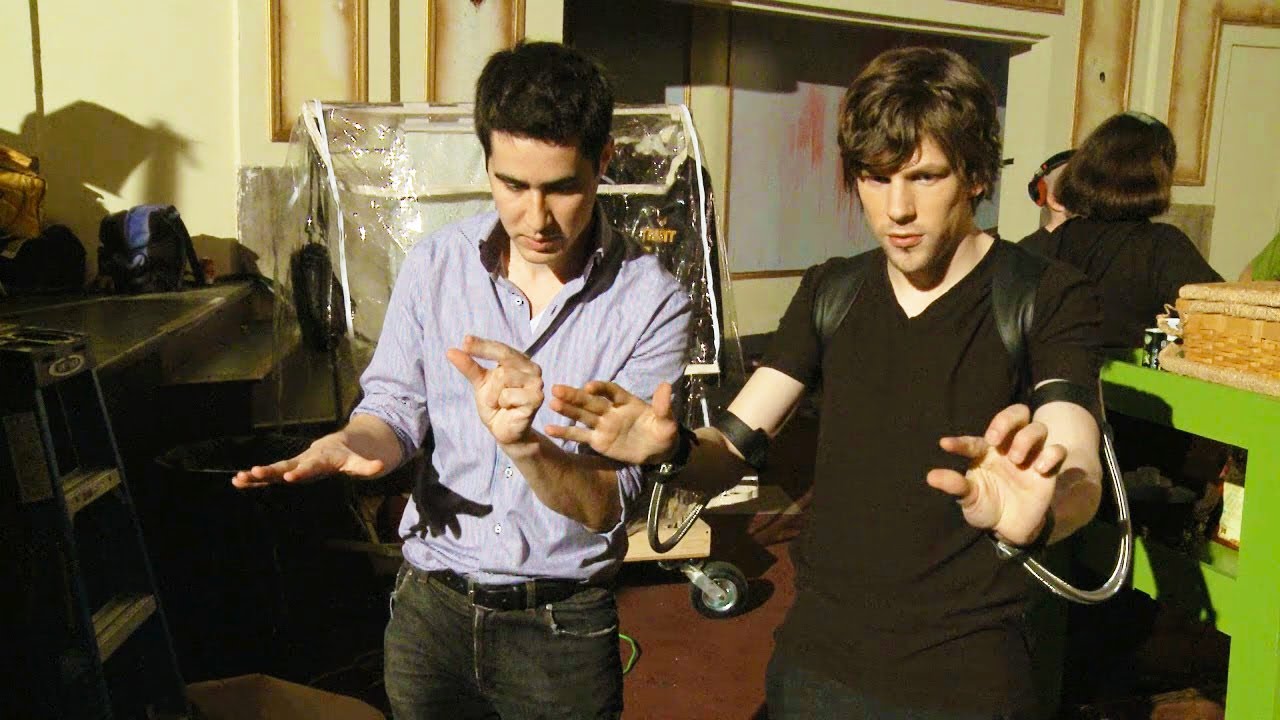 Magic acts and movies surprisingly have a lot in common. They’re both made as a grand spectacle for us to enjoy, and sometimes rely on deceiving us in order to entertain. With that in mind, it’s not surprising that the two can collaborate to great effect. The topic of magicians and illusionists is one only lightly explored by Hollywood, and even then very scarcely.

This year we’ve had two big releases mixing in magic, illusions, and trickery in the form of Now You See Me, and The Incredible Burt Wonderstone. Perhaps the beginning of some kind of trend? But, the subject matter of magic is not the only thing these two movies have in common. The other major similarity would be the talents of Mr. David Kwong.

David Kwong is a professional magician, writer, Hollywood producer and consultant that occasionally dabbles in crossword puzzles. In the interview below, David was kind enough to talk to me about his role on Now You See Me, and Burt Wonderstone. We also chat about his wider experiences of turning movies into magic, and magic into movies.

On Now You See Me

So, at what point did you become involved with Now You See Me? Were you approached with a script? What was your initial job?

That’s right, I was approached with the original script, and there were some very good ideas as to how magicians would rob banks. But, at first, it was much more ‘heisty’. I helped flesh out the script in terms of realism, and how magicians perform. They wanted a traditional heist movie under the premise of ‘magicians robbing banks’, and it was slowly driven to be more involved with illusion and tricks. I wanted very real principle illusions. I wanted to depict how conjurors approach their performances. Like the ‘rabbit box’ trick at the beginning, I wanted to extract that principle illusion and apply that to a larger scale. But to answer your question, yes I was involved from a very early stage. When the film got the greenlight, I flew out to New Orleans to help with the shoot, teach Isla Fisher, Dave Franco, and Jessie Eisenberg their sleight of hands, and such.

Would you say any of the actors were particularly good, or at first resistant to learning their sleight of hands and basic illusiony stuff? 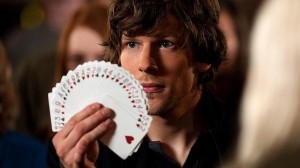 Jessie Eisenberg felt uncomfortable ‘lying’ in terms of magic. He couldn’t quite wrap his head around the concept of ‘lying’ as a profession. But ultimately I feel he enjoyed that experience. He would marvel at how comfortable magicians are with deceiving people. He felt the need to tell how he did a trick afterwards. He’s very grounded in reality.

Dave Franco spent a lot of time practising. By the time the shoot came around, he was probably better at flicking cards than me. He just completely dove into what he needed to learn, and he was a pro by the time he needed to be, really impressive.

Did you feel that you were happy with the film, that it was where you wanted it to be?

My part was simply having the magicians rob the banks as convincingly as possible. I was pleased with how that turned out. The response was fairly good. People who watched the film came away with thinking how ‘magic shows work’ several steps ahead, with the magician controlling all perspectives. We gave them a high-octane, illusion-based thrill-ride that I think did the job. Ultimately I think it’s comparable to the superhero movies of the summer, except it’s normal people pulling off super-human feats. It’s that level of amazement and astonishment, in realistic fashion.

On The Incredible Burt Wonderstone. 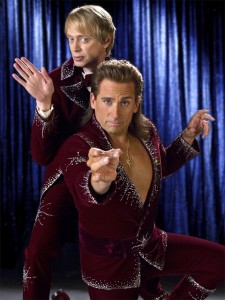 To what end were you involved with The Incredible Burt Wonderstone?

My involvement with The Incredible Burt Wonderstone was primarily with the script. I was working in storyline development at the time, at Dreamworks animation. Because I was working with writers, I was involved in a conversation about much in town, and obviously I’d been a professional magician. When that became a real project, I was approached by a producer from New Line Cinema to weigh in on the script. They wanted me to make it authentic, add some touches from my own personal experiences as a magician, to help flesh out Burt Wonderstone. Due to a cruel twist of fate, I couldn’t be there for both Now You See Me, and Burt Wonderstone, as they were filmed at the same time. Thus I had to choose, and chose to go be on set for Now You See Me.

On other experiences, and future projects.

So you mentioned you initially worked at Dreamworks before getting involved as an advisor/producer on many films in Hollywood. Can you tell us about that?

Dreamworks is an incredible idea factory. So rich in storytelling. I learned so much about characters, narrative, and story structure. It is such an incredibly creatively rich place. It was the perfect launching pad for me working on films like How to Train a Dragon, Kung Fu Panda 2, Megamind and Turbo.

Are you currently involved with any projects now you could possibly tell us a bit about?

Well The Immigrant is coming out soon. It stars Joaquin Pheonix, Marion Cotillard and Jeremy Renner as a turn of the century magician, in 20th century New York. The idea is it’s a very classical form of magic, as opposed to modern stage shows. There’s also a sequel to Now You See Me in the works but it’s very early days. We’re just beginning to work on the basic story structure for that one.

Generally I’m working on quite a few projects, including a special something in the works with J.J Abrams‘ production company, Bad Robot, in a production role. I can’t disclose too much about that one though. Other than that, my company is the Misdirectors Guild, which is my elite group of illusionists who consult on film, television and theatre.  It’s my own real-life version of the Four Horsemen…

We’d like to thank David for his time and leave you to enjoy some of his very own sleight of hand in the video below:

In this article:David Kwong, magic, now you see me 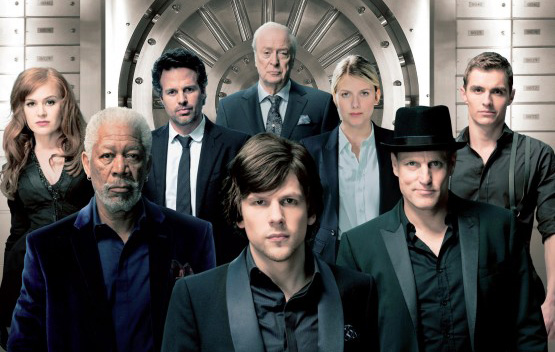 5 of the Best Unsolved Heists in History

To celebrate the DVD and Blu-ray release of caper thriller Now You See Me this Monday, October 28th, we thought we’d take a look...