If you couldn’t get enough of Dwayne ‘The Rock’ Johnson bouncing berries of his bulging pecs and singing a rendition of Louis Armstrong’s “What a Wonderful World” in Journey 2: The Mysterious Island then this news could be right up your street. The film’s director Brad Peyton will be rejoining forces with Johnson, now that the latter has been tapped for New Line’s earthquake action thriller, San Andreas.

Now that the film has found it’s leading lad, New Line hope to set the production ball rolling in April, 2014, looking for a 2015 release window.

Adapted from an original script from Andre Fabrizio and Jeremy Passmore, buffed up by the writing duo behind The Conjuring, Chad and Carey Hayes and given the finishing touches by Allan Loeb (Wall Street 2), San Andreas follows a rescue helicopter pilot (Johnson) as he heads across the state of California to save his estranged daughter in the aftermath of a giant earthquake. Whilst we most probably won’t see Johnson whip out his ukelele mid flight in San Andreas, everyone can still keep up their hopes as the actor is expected to make a welcome return with both Peyton and Josh Hutcherston for Journey 3. We’ll keep you updated as soon as any news is released in relation to both films. In the meantime, take it away Dwayne… 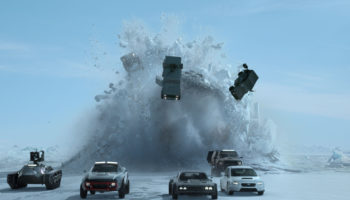