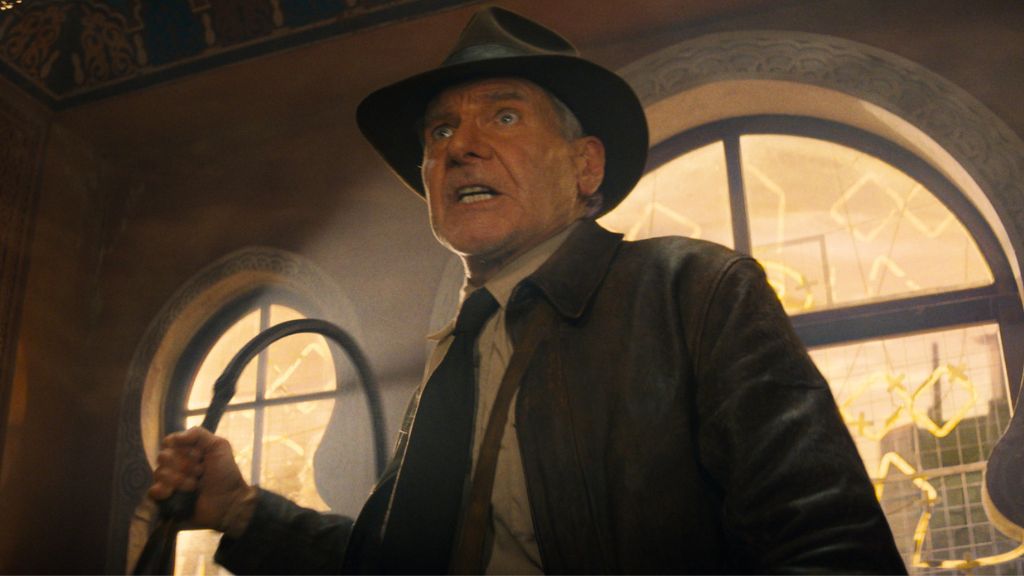 “…Indiana Jones. I always knew someday you’d come walking back through my door. I never doubted that. Something made it inevitable.”

That’s right, everyone’s favourite Professor of Archaeology, expert on the occult, and obtainer of rare antiquities is back for a hugely-anticipated fifth adventure and The Walt Disney Company has revealed an anticipation-inducing first-look in the form of a teaser trailer and poster for Lucasfilm’s Indiana Jones and the Dial of Destiny.

Directed by James Mangold (“Ford v Ferrari,” “Logan”), from a script he co-wrote with Jez Butterworth & John-Henry Butterworth (Ford v Ferrari, Edge of Tomorrow), this fifth adventure takes place in 1969, against the backdrop of the Space Race. Jones (Harrison Ford) had started to feel doubts when the U.S. Government recruited former World War II enemies in their desperation to beat the Soviet Union out in the competition to make it to space. His goddaughter, Helena, accompanies him on his journey. Meanwhile, Voller, a NASA member and ex-Nazi involved with the moon-landing program, wishes to make the world into a better place as he sees fit.

The film is produced by Kathleen Kennedy, Frank Marshall and Simon Emanuel, with Steven Spielberg and George Lucas serving as executive producers. John Williams, who has scored each Indy adventure since the original “Raiders of the Lost Ark” in 1981, is once again composing the score.

Indiana Jones and the Dial of Destiny opens in theaters on June 30, 23 and we’ll leave you with the aforementioned teaser trailer which is testament to the fact that although Indy might not be in his prime any more, “”It’s not the years, honey, it’s the mileage” that matters…