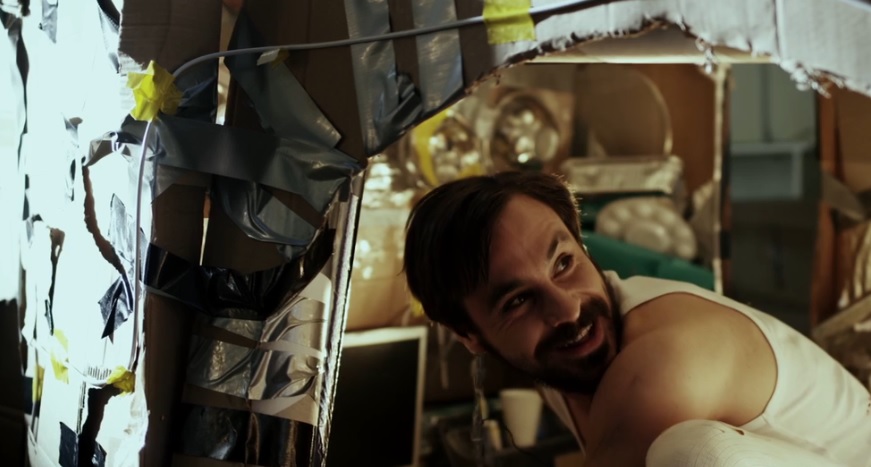 We are constantly witnessing technological advances. Missions into deep space or chartering unknown universes have always captured our dreams and fantasies. We have spurned a whole genre of movies and television series focusing on space exploration. One of the hotly tipped and highly praised movies is Gravity after all.

But with all this advancement, what happens to those dreamers left behind, stranded on Earth? Mark Buchanan’s short movie Mission explores just that. The world is counting the days down to the first Mars landing when, unfortunately, a man’s hopes of going on the mission are dashed and he is left behind on Earth. Unable to cope with his grounding, he develops his own space mission in his garden much to the detriment of his son.

Buchanan’s feature is one filled with loss, abandonment and ultimately a broken mind. This is a stark and bleak look at humanity coping with the brittle truth that hope is just as damaging as it is uplifting. Shot so incredibly alongside George Barclay’s script, Mission orbits magnificently managing to parallel a father’s ambition and the problems that ultimately are projected onto his son. Throwing in news reports of the mission, it is particularly harrowing to watch a man suddenly fall apart at the seams because the universe told him no, not this time.

The acting is phenomenal and young lead, Peter Strathern as James is exceptionally talented; playing a quiet unassuming role that is rocked by the events damaging his life. And soon to be well known Emun Elliot (who can now be seen in recent film Filth) is fantastic and acts so wonderfully that you get well and truly absorbed into his story.

Mission is an engaging and extremely compelling movie that echoes the tragedy of imagination and hope.