Everyone thought 2012 was going to be *the* movie year, didn’t they? The Avengers, The Dark Knight Rises, Skyfall. For a long time, we were quite happy for the Mayans to unleash their ray gun of death and wipe us out at the end of 2012, knowing we probably weren’t going to have it any better than this…

…then 2015 showed what it’s made of and hoo boy! Are we in for a treat in two short years.

Here are 10 reasons why: 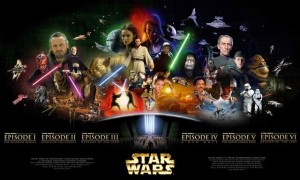 You’re doing it now, aren’t you? Humming the Star Wars overture. Or maybe John Williams‘ equally iconic Imperial March. Go on, admit it. I know I am! We never imagined this, did we? Not in our wildest dreams. Yet… JJ Abrams, love him or loathe him (love for me), is spearheading a new trilogy, with a few extra Wars films sprinkled in between. Typically, we know next to nothing – bar they’ll be filming in England next year, and there’s a good chance Mark Hamill, Carrie Fisher and Harrison Ford will be back as Luke, Leia and Han respectively. Will the story involve their children, the next Jedi generation? A resurgent Sith? A new alien enemy? A giant, robotic George Lucas? Who knows? Who cares? This is going to be the biggest Hollywood movie of the 21st century so far and, good or bad, will have millions waiting in absolute bated breath. It’s just wonderous a whole new Star Wars chapter is about to begin… pinch me, I’m still convinced it’s a dream.

2) THE AVENGERS: AGE OF ULTRON 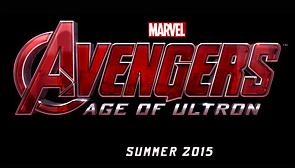 The biggest success story of 2012, not to mention Marvel‘s exemplary growing cinematic universe, was The Avengers – a funny, exciting, heartfelt tour-de-force that finally gave Joss Whedon the popular acclaim he has long long deserved, and truly made the Marvel franchise the one to beat in Hollywood. So how do you beat a billion-dollar plus epic? You lock down Robert Downey Jr, along with Chris Evans, Chris Hemsworth, Scarlett Johannson, Mark Ruffalo, Jeremy Renner and Samuel L. Jackson for another picture, and you unleash the robot, Ultron, on them – in a nice slight of hand, given we were all convinced they’d be up against Thanos. Whedon begins filming later this year, and you can be sure he has plenty of surprises, twists and turns up his sleeve yet. Nothing will beat Star Wars at the box office, but when the Avengers assemble again, they’re gonna come close…

3) BATMAN vs SUPERMAN aka MAN OF STEEL 2 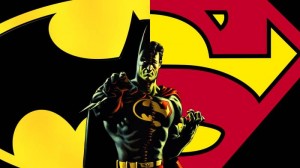 The wild card, but my Lord *what* a wild one! Nobody expected this at all – that Zack Snyder wouldn’t simply deliver a more Richard Donner-esque, charming Superman vs Lex Luthor sequel in Man of Steel 2, and instead give us the comic book movie no one has yet had the balls to do… Batman vs Superman, or together in some form. Wolfgang Petersen toyed with it a decade or so ago, and a script is out there, but David S Goyer will doubtless chart a brave new course. Will it tie into Nolan’s Dark Knight trilogy? Could we see Joseph Gordon-Levitt as a new Batman? Or a rebooted Bruce Wayne? Nothing is certain, bar our own joint trepidation and fascination DC are going in this direction – subverting expectation of a calm lead in to Justice League. It’s a financially/creatively genius move potentially and, if it’s better than Man of Steel, it could be up there as one of 2015’s big hitters…

Perhaps even more than Star Wars, this is the one I’m looking forward to the most. I’m a *huge* James Bond fan and Skyfall truly blew the roof off what was already Hollywood’s longest running, most lucrative franchise, with Sam Mendes‘ iconic barnstormer making a box-office billion alongside genuine critical acclaim. With Daniel Craig now one of Hollywood’s biggest names as a beloved 007, a gifted auteur in Mendes at the helm, a potential crew full of Oscar-winning producers, designers and writers, not to mention a cast glittering with hopeful returning names such as Ralph Fiennes, Naomie Harris and Ben Whishaw, the sky seems to be the limit for the world’s greatest action hero. Bond 24, whatever it turns out to be called, you can expect to attract glittering talent and creatively push the character and the franchise into even braver waters. I could not be more shaken, and stirred…

And so will begin, at the close of 2015, the beginning of Marvel’s vaunted ‘Phase Three’ – spearheaded by Edgar Wright‘s long long gestating adaptation (with Joe Cornish) of Ant-Man, which he has retrofitted in order to become part of the Marvel cinematic universe. No word yet on who might play the eponymous superhero, Dr. Hank Pym, but we may well find out sooner than later, given the buzz suggests he *might* show up in Avengers: Age of Ultron in advance. As usual, very little is certain – bar the fact Wright’s name as a director and a good publicity campaign by Marvel is going to have to carry this one through, as much scepticism will greet Ant-Man from the uninitiated who’ve only just got used to Iron Man and Thor becoming global household names. With Wright in the chair, Marvel behind him and the right cast however, this could turn out a unique little super gem. 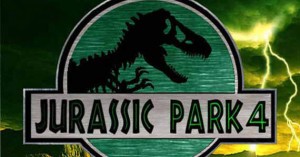 ‘Welcome… to Jurassic Park’ said Sir Richard Attenborough, with childlike relish, in Steven Spielberg‘s unforgettable 1993 original. Jurassic Park is, undoubtedly, up there with Star Wars, Indiana Jones, etc… as a majestic milestone in Hollywood family entertainment – and after Spielberg’s misjudged sequel and a workmanlike third movie, we’ve long been waiting for the T-Rex & company to properly deliver a follow up that blows us away like our first trip to Isla Nublar. Could this be it? It’s early days. Colin Trevorrow, an acclaimed but quite rookie director, sits in the chair and we have scant ideas on character and story – plus it’s been delayed a year – but a sense of real optimism surrounds the return to a franchise most believe hasn’t truly followed up on the brilliance of its beginnings. We all want this to be amazing – will it be? It’s too early to judge. Keep your fingers crossed… 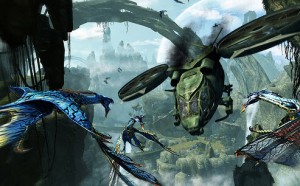 Personally, I have next to no interest in James Cameron‘s determination to reinvent film through his Avatar sequels, but there is no denying a huge audience is ready to lap up a return to Pandora and this will probably romp to another billion box-office haul. The first film – despite being a thinly disguised xerox of Pocahontas – unquestionably broke new cinematic ground through it’s remarkable use of 3D, one which really kickstarted the Hollywood love affair with 3D movies and retrofits, so one has to question how Cameron is going to further push the form. Regardless of Avatar‘s narrative and character failings (that become ever more apparent viewing the movie in 2D), Cameron’s vision for this sequel is enormous and if he does get off his butt and make it in time, there’s no question it’s going to enrapture a great deal of people. Consider me mildly hopeful it’s better than the first movie… 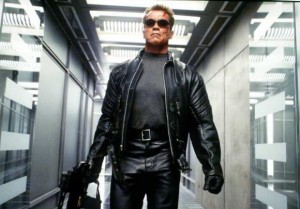 Does the world need a fifth Terminator film? No, but we didn’t need a third or fourth either, yet we still watched them in our droves. Does the world need Arnold Schwarzenegger in his signature role once more before he has to use a walking stick? You know the answer is yes. Mind you, some rather fascinating rumours are circulating what may turn out to be a ‘sequel-prequel’ of sorts – with Arnie playing a 50’s sherriff who becomes the ‘face’ of SkyNet’s Terminators when he strives to prevent them coming back and killing Sarah Connor’s parents. Read that plot again. It becomes more interesting the more it sinks in, don’t you think? Of course it might also be a separate stand-alone trilogy. No one is sure. There’s not even a director fastened yet, after Justin Lin pulled out. But we’ll all be there to see the machines rise once again. Go with Arnie if you want to live. 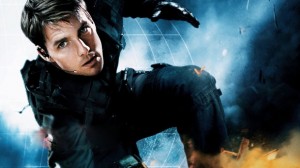 Your mission, Tom, should you choose to accept it, is get away with one more Mission Impossible movie before you blatantly start to grow too old. And you know, the Cruise-liner might just manage it. 2011’s Ghost Protocol romped home, and happened to be a little cracker of an action flick in the process, beefing up Simon Pegg‘s Q-like role and throwing in Jeremy Renner‘s fellow IMF mystery agent in the process. A sequel was a shoo-in, and you can expect both to rejoin Cruise for the next impossible mission Ethan Hunt will undertake. With Brad Bird unlikely to direct again, and no chance of JJ Abrams, word on the street is Christopher McQuarrie may be down for writing and directing. If so, this could be the greatest mission yet. It may get a bit lost under the mega franchises, but the omens are pretty good for this one – keep your GPS squared on it, until it self destructs after 5 seconds. 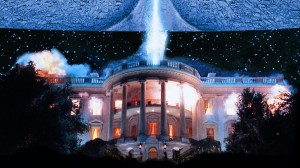 Yep. They’re doing it. And no, I still don’t know if it’s the best or worst idea of the year yet either!

You see? 2015 is going to redefine epic at the movies. The Mayans did us a favour holding off a few years…

[TV FEATURES EDITOR] Tony can be described in three apt words: writer, mentor, manchild. He also loves a lot of movies. For 'all you can Tony', follow him on The Twitter @Tony_O_Black.
You might also like
Movie Lists