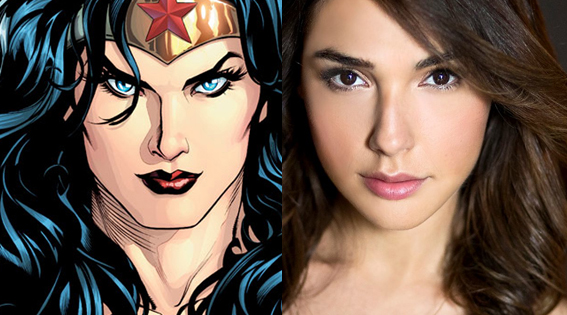 Last month we announced that the Fast and Furious 6‘s Gal Gadot won the role of Wonder Woman in the upcoming Batman vs. Superman movie. But as the film is close going into production in the next few weeks the internet is buzzing with news that the team behind the upcoming sequel to last years Man of Steel are making some massive changes to the backstory of Wonder Woman, a decision which has seen the jaws of fans worldwide drop in unison. But is change a bad thing?

In the comics, Woman Woman is a warrior princess of the Amazons and is known in her homeland as Pricess Diana of Themyscira. Gifted with a wide range of superhuman powers and equally as impressive hand-to-hand combat skills, Wonder Woman also possesses an arsenal of weapons including the Lasso of Truth, indestructible bracelets, a tiara and an invisible plane.

However, in the upcoming sequel to Man of Steel, the team behind the film are allegedly making Wonder Woman Kryptonian and the Amazons will be a settlement sent from Kryptonian years before. This somewhat makes sense as it is mentioned in Man of Steel that the Kryptonians sent out parties to make settlements on other planets and galaxies and there was of course the open pod on the abandoned Kryptonian spaceship.

You may ask yourself why the team behind the movie wanted to do this but it is worth remembering that David Goyer wants to make a more realistic approach with his DC Cinematic Universe when compared the the fantasy element that the Marvel Cinematic Universe.

Batman vs. Superman is due for release in 2015.

In this article:Batman vs Superman, Gal Gadot, Wonder Woman