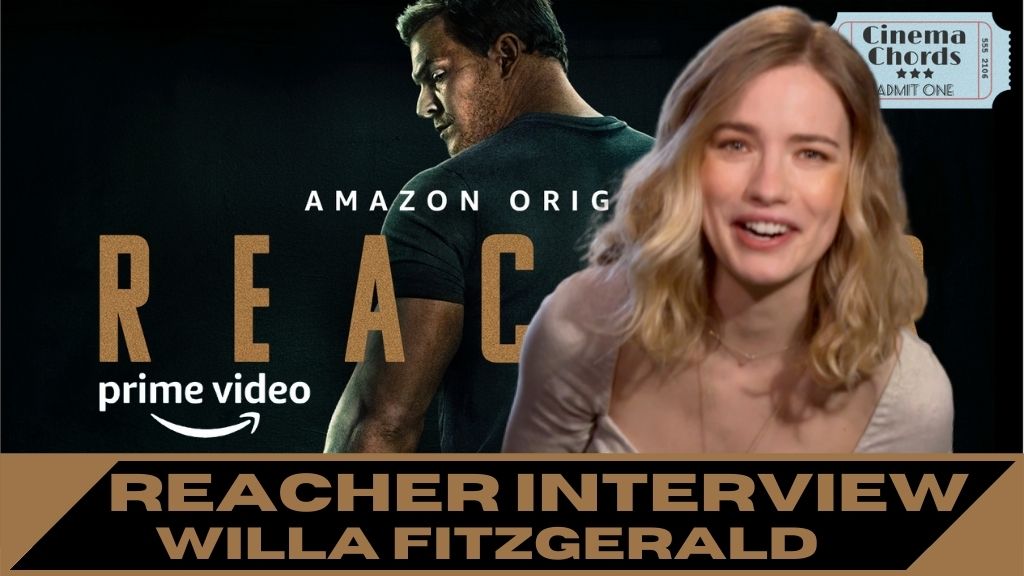 Fresh out of the military, Reacher drifts into the small town of Margrave, Georgia, where he finds a community grappling with its first homicide in 20 years. Local cops arrest him on sight and eyewitnesses claim to place him at the scene of the crime. While he works to prove his innocence, a deep-seated conspiracy begins to emerge, one that will require Reacher’s keen mind and hard-hitting fists to deal with.

Ahead of the show’s exclusive premiere on Prime Video this Friday, CinemaChords caught up with Fitzgerald, who discussed her character’s reaction to Reacher when he drifts into Margrave, and how she approached standing just as tall – if not taller – than her hulking co-star, Alan Ritchson.