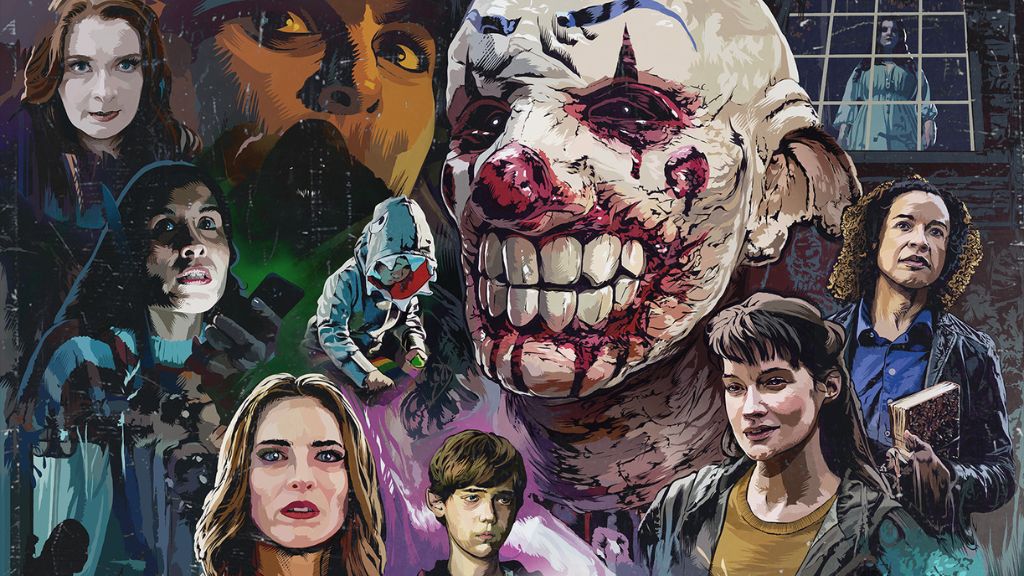 This October 21st, nine unique, terrifying visions of fear from ten different international filmmakers will be coming your way in SINPHONY: A Clubhouse Horror Anthology.

Boasting a huge ensemble cast, including the likes of Haley Bishop (Host), Stella Stocker (Between the Lies), Kristine Gerolaga (13 Minutes of Horror) and Alysse Fozmark (The Wonderland Murders), Sinphony’s shuddersome segments includes tales revolving around an innkeeper’s growing concern about his secretive new guests; a contractor who inhales mold spores that lead to murder; a couple confronting the fact that one of them is a ghost; a witch protecting her child from a killer; a dance craze that has dire consequences, and many more.

The film is produced by Michael Galvan and Sebastien Bazile under the Screen Anthology banner.

Dark Sky Films will release SINPHONY: A Clubhouse Horror Anthology to theaters and digital/VOD platforms this October 21st and, until then, we’ll leave you with the unrated trailer for the feature.