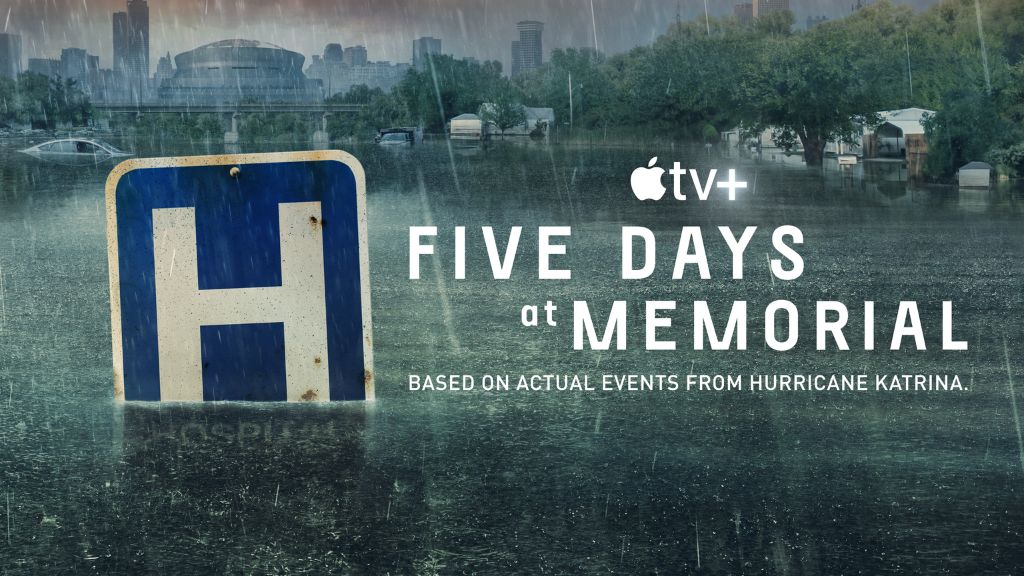 Apple TV+ is fast becoming one of the most prolific and appealing streaming platforms, especially when it comes to original television shows, and we’re talking in terms of both quantity and quality. Based on another new trailer released today for the limited series “Five Days at Memorial“, inspired by actual events and adapted from Pulitzer Prize-winning journalist Sheri Fink’s 2013 book of the same name, audiences are guaranteed another provocative and gripping ride.

The series chronicles the impact of Hurricane Katrina and its aftermath on a local hospital. When the floodwaters rose, the power failed, and heat soared, exhausted caregivers at a New Orleans hospital were forced to make decisions that would follow them for years to come.

“Five Days at Memorial,” is a limited eight-episode series, debuting globally on Friday, August 12 with the first three episodes, followed by one new episode weekly, every Friday through September 16. In the meantime, we’ll leave you with the aforementioned intense trailer.