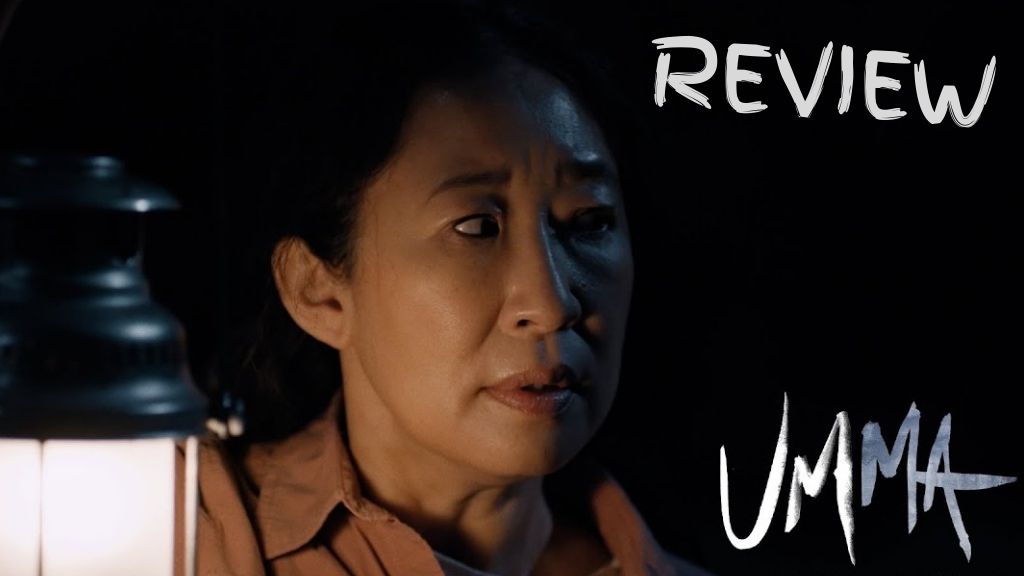 Synopsis: Amanda and her daughter live a quiet life on an American farm, but when the remains of her estranged mother arrive from Korea, Amanda becomes haunted by the fear of turning into her own mother.

No sooner did I become a father than the inevitable happened: I suddenly found myself inadvertently uttering all those incessant rants that my own parents used to lecture me with. Case in point: generally speaking, it’s only when you have kids of your own that you realize just how valid all those parental lectures actually were, and still are; and it’s this realization that serves as the foundation for Iris K. Shim’s Umma. However, evidently, the dissections made therein are far more deep-seated than my preamble, exploring the brewing turmoil of a Korean-American family’s mother-daughter relationship.

Lead players Sandra Oh and Fivel Stewart are both terrific as the reclusive mother and daughter, respectively. Amanda (Oh) is a mother clearly harboring a tormented past. Yet, while shunning her origins, she is also oddly equal parts eager and reticent towards embracing the American way of life: She keeps both herself and her daughter cut off from the world on a rural farm, raising bees and living without modern technology, yet comes out with comments such as the reason her daughter Crissy doesn’t “understand a lick of Korean” is because she’s American. It’s an intriguing approach that sets the film up for some rewardingly fascinating and poignant issues.

The supernatural angle comes when Amanda’s estranged uncle comes to deliver the cremated ashes of her deceased mother, unleashing an evil spirit with designs to possess Amanda’s body. Without giving too much away, this particular approach serves as a great tool for Shim to slowly and scarily peel away the reasons why Amanda is so secretive about her past but it also plays into the reasons why her mother’s spirit is plagued with so much pent-up torment.

The film is stunningly shot, maintaining an underlying sense of dread throughout and Shin’s eye for horror is more than apparent with some fantastic set scare pieces that work alarmingly well. Coupled with this, the special effects are, for the most part, great, many of which hark back to Sam Raimi’s Evil Dead days. Whether that was just subconscious inspiration on Shin’s part or Raimi was particularly instrumental in the creation of some of these moments I couldn’t tell you, but they are brilliant whatever the reason. The most effective special effects proved to be the most relevant and audiences are in for some truly shocking mother/daughter facial blending moments. My only issue in terms of the effects is that I wish they had opted not to use one particularly hokey CGI animal scene towards the end of the film that, in my opinion, added little to nothing to the film.

That being said, the film is by no means one that will absolutely terrify you with its jump scares or scare tactics, but for good reason in the end; although explaining the reasons why would call for spoilers. Suffice it to say that Shim pushes the horror tropes in slightly less expected directions by injecting the film with a surfeit of intriguing and intimate emotions and commentaries: deep-seated customs, grief, guilt, innocence, suffering, devotion, and fitting in where you feel you don’t belong. And this is where the film’s real strengths, and true horrors, lie.

A slightly more elaborate examination of the aforementioned family circumstances would have been welcomed by this writer as I feel that it would have rendered the horror aspects of the film all the more potent, but, the film’s ominous tone, appropriately brisk pace, poignant message and unique twist in the tale make for an insightful and touching take on the genre.