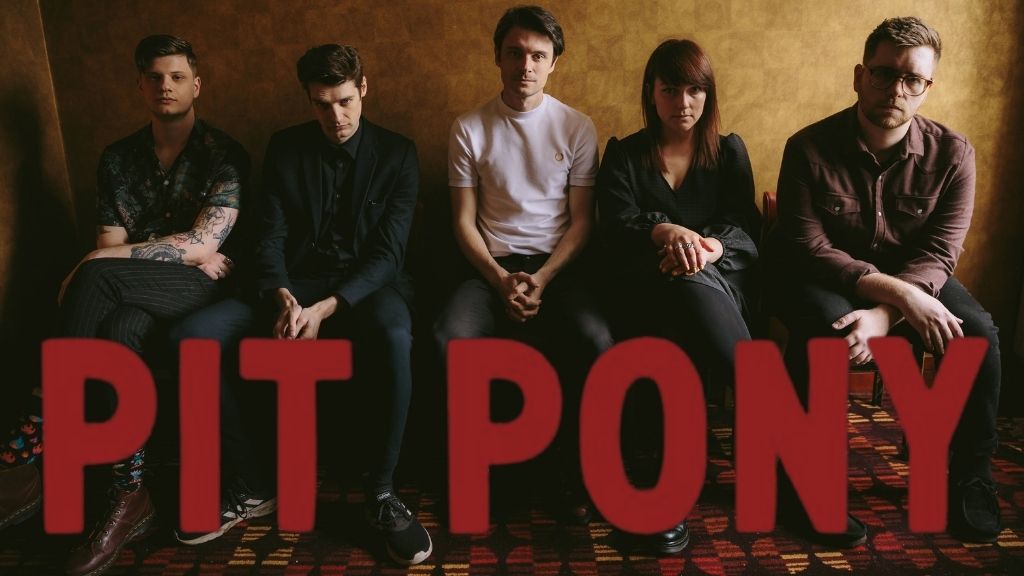 Tyneside’s vitriolic rock quintet Pit Pony have today announced the release date for their long-awaited debut album “World To Me”. Recorded last year, their first long-player will come out on 1 July 2022 via Clue Records and, to celebrate the news, the band has just dropped a new single entitled “Supermarket”.

Commenting on the new single, which we included earlier today in our weekly Noteworthy Nods playlist here, lead singer Jackie Purver says, “This one is a bit more of a storytelling exercise. Spliced experience to make a bit of narrative about two people with unfinished business or perhaps things unsaid but not to be resolved, or are they? Andrew (guitarist) brought the basis of the song which has a very strong krautrock vibe with the motorik beat and same bass throughout.”

She went on to reveal how “The monotonous start and heavy repetition really leant itself to that kind of everyday kitchen sink narrative. It then slowly gets more frenetic over time and wild towards the end, like most tumultuous relationships do. In terms of influence I’d just read/watched Normal People by Sally Rooney and been listening to Taylor Swift’s Folklore album so take from that what you will.”

As for the album as a whole, “World To Me” is an adrenaline-fuelled long-player that addresses themes as far-reaching as political ineptitude, identity, isolation, mental health, motherhood, and, albeit unintentionally, the impact the pandemic has had on the band members.

The band is also playing live tonight 21st April at The Grace, London, with later live dates including: 19th May at The Cluny, Newcastle with L.A Witch, 11th June at the Long Division Festival, Wakefield and 16th July at the Ultra Festival, Hull. All tickets for live dates can be purchased here.

In anticipation of the band’s debut album (which you can pre-order here), we’ll leave you with the official video for their bass-heavy new single, followed by a recent interview we conducted with the band as part of our series of Noteworthy vodcasts.

You can follow Pit Pony on the following platforms: