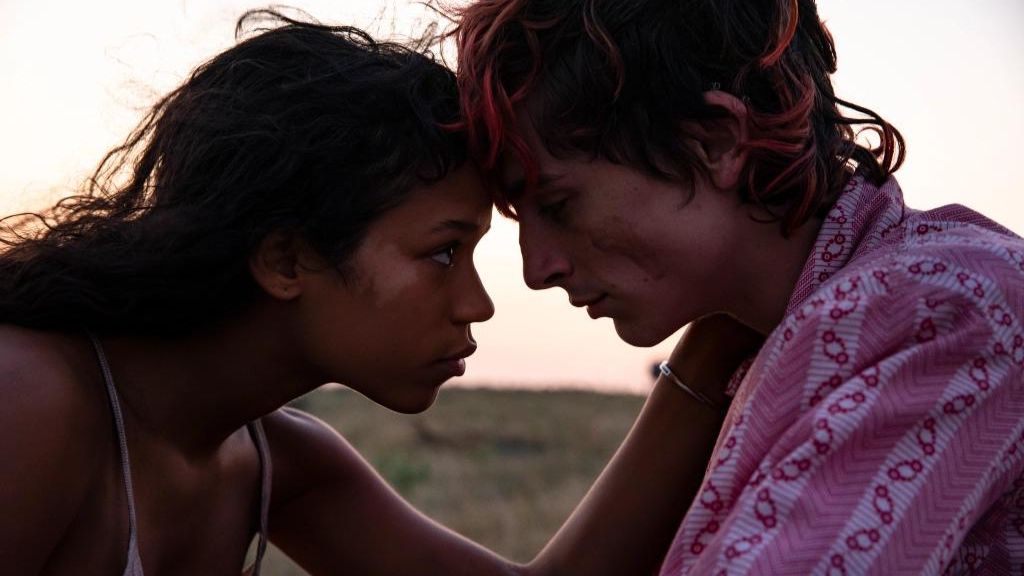 Following a buzzy tour of the international festival circuit, MGM Pictures has revealed the first official trailer for Luca Guadagnino‘s (Call Me by Your Name, Suspiria) Bones and All starring Taylor Russell (“Lost in Space”, Escape Room franchise), Timothée Chalamet (Call Me by Your Name, Dune) and Mark Rylance (Bridge of Spies, Dunkirk).

Directed by Guadagnino, from a screenplay penned by David Kajganich (Suspiria, “The Terror”) – based on the eponymous novel by Camille DeAngelis, Bones and All chronicles a story of first love between Maren (Russell), a young woman learning how to survive on the margins of society, and Lee (Chalamet), an intense and disenfranchised drifter; a liberating road odyssey of two young people coming into their own, searching for identity and chasing beauty in a perilous world that cannot abide who they are.

The ensemble cast is rounded out with Michael Stuhlbarg, André Holland, Chloë Sevigny, David Gordon Green, Jessica Harper and Jake Horowitz and the soundtrack has been scored by Trent Reznor & Atticus Ross (The Social Network, Girl with the Dragfon Tattoo).

Bones and All releases only in theaters this November 23rd and we’ll leave you with the aforementioned trailer below.