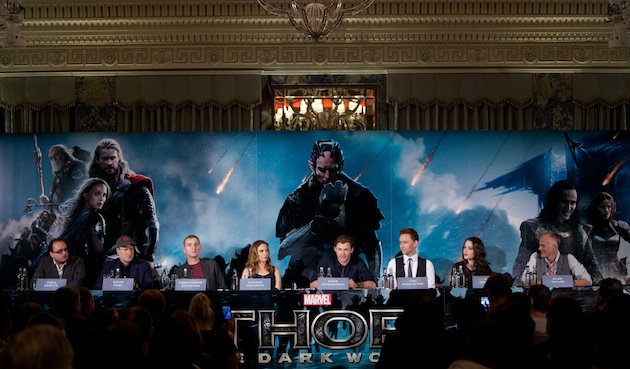 Considering they’re meant to be mortal enemies, Thor God of Thunder and his adopted brother God of Mischief, Loki, seem awfully pally in the flesh. In fact, beyond the billions of dollars, it would appear that one of the best things to come out of the Marvel universe is the bromance between Chris Hemsworth and Tom Hiddleston. Sure, Natalie Portman, Kat Denning, Christopher Ecclestone, director Alan Taylor and Marvel’s Kevin Feige were also at this press conference, but it was all about the fraternal friendship up on that panel.

“From the beginning we were lucky,” says Thor himself, Hemsworth. “We just had a chemistry, the same kind of enthusiasm. There’s certainly a short hand that we have, this being the third film that we’ve shot together now and you don’t have to spend a chunk of your shooting time getting to know each other. We picked up where we left off. We’ve developed a great friendship along the way. To be able to ask and explore the questions that Thor and Loki haven’t really had the acute focus to address yet is a great opportunity.”

In the first of many mutual admiration moments, Hiddleston pats Hemsworth on that statuesque back and smiles, “I love you, man,” to gales of laughter from the gathered journalists.

“It’s true – from the beginning of Kenneth Branagh’s Thor all the way through Joss Whedon’s Avengers and into Alan Taylor’s Dark World, it has been an amazing adventure for both of us,” he continues. “The two characters define each other and need each other. The more you trust each other as actors, the deeper you can go, and when I’m on set with Chris, I’ll serve and he’ll return – that’s the joy of it for me.”

“In one of the scenes in a spaceship in Asgard,” Hemsworth interjects, “Tom and I were insistent that, ‘This has got to feel like when you’re in the back seat with your siblings.’ Me and my two brothers couldn’t get halfway down the road before we were like ‘Get off – don’t touch me!’”

“I’ve actually been a road trip with Chris and Liam [star of The Hunger Games and the ex-Mr Miley Cyrus] – that was very similar to Thor and Loki on the spaceship,” laughs Hiddleston, before getting more serious. “I love in this film that Thor is able to demand that Loki play his hand. Loki is someone who is constantly in control, will never show you how he really feels, and the only person who gets close is Thor.”

And, just in case the two had forgotten anyone else from the film was in the panel, Natalie Portman chimes in.

“I was just glad that because Jane gets to go to Asgard, I got to do more scenes with Tom, too,” she smiles.

“It was fun to finally see what happens when Jane and Loki share the same space,” agrees Hiddlestone. “Violence, as you’ll see.”

Hemsworth laughs: “It was great to have Natalie to break up all the godly testosterone.” Then it’s his turn to get serious and soppy again. “The reason Loki is still in these films is because of everything Tom brought to the table in the first one, how incredible he was. My hat goes off to Tom.”

Another grin, another pat on the mighty lats from Hiddleston: “I love you, man.”

Outside of the brotherly lovefest, director Alan Taylor, a veteran of Game Of Thrones, Mad Men and The Sopranos, makes it very clear that it may be subtitled The Dark World, but that doesn’t make it a super-serious superhero film.

“Humour is critical to this movie,” he says. “The first thing we shot was Stellan Skarsgard running around Stone Henge with a thong on!”

Marvel honcho and mastermind Kevin Feige agrees: “Humour is definitely the key. We’ve got spaceships in this movie, other planets in this movie and we have found that humour is an amazing way to get the audience to embrace and accept all that craziness. It’s worked well for us going back to the first Iron Man film.

Two Broke Girls stars Kat Dennings leans into her microphone: “I improvised ‘banana balls’ in the film. I was very jet lagged.”

Fittingly, the last words said at the Thor: The Dark World press conference are from Chris Hemsworth about Tom Hiddleston: “What Tom said.” Aw, how sweet.

You can enjoy the whole press conference below:

In this article:Dark World, Thor 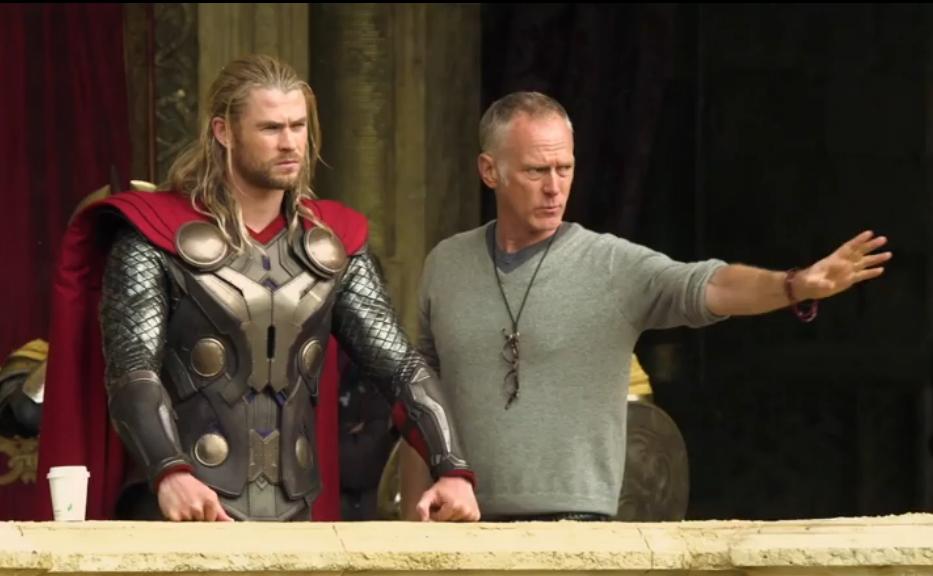 Thor: The Dark World gets another featurette video, this time revealing the film’s lavish locations ranging from the Neolithic and Bronze Age architecure of... 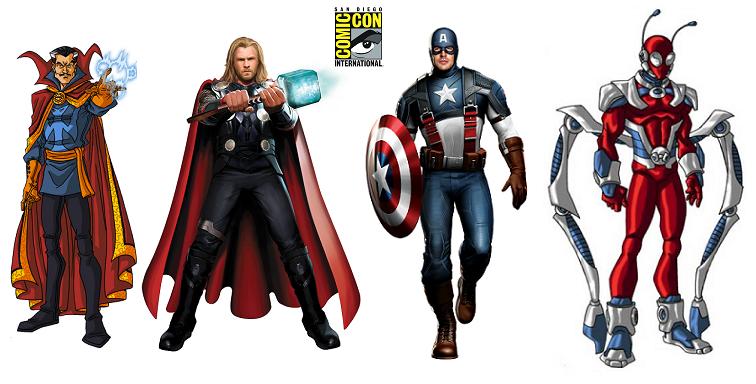 Marvel has revealed the films which will be highlighted at this year’s studio panel at the San Diego Comic-Con on Saturday, July 20th.  Officially,...