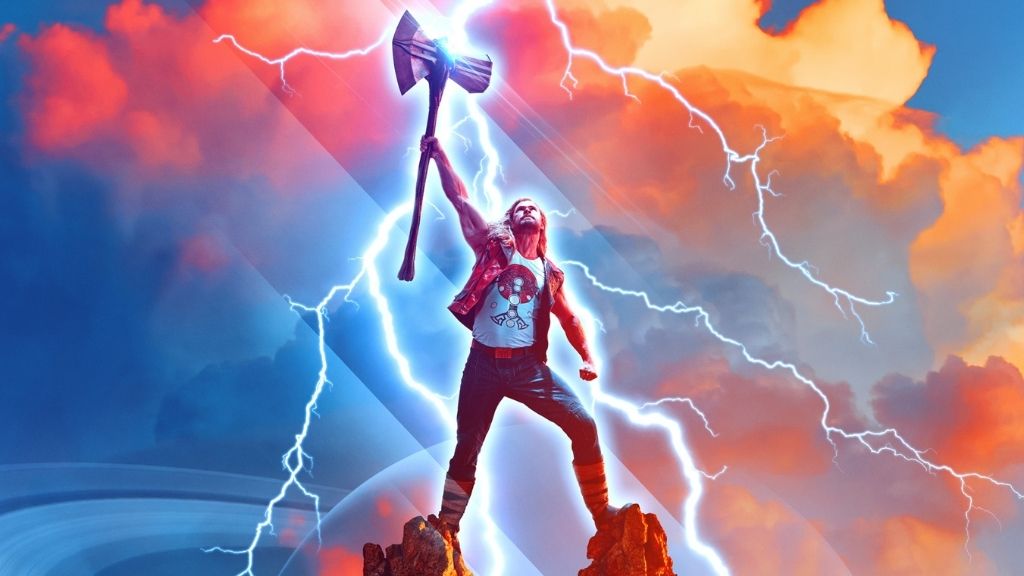 “I need to figure out exactly who I am. I want to choose my own path.”

Marvel Studios has debuted the first official trailer and poster for Thor: Love and Thunder, dropping eagerly awaited clues as to what’s in store for the God of Thunder in his fourth solo feature outing.

Directed by Taika Waititi (“Thor: Ragnarok,” “Jojo Rabbit”), from a script he co-wrote with Jennifer Kaytin Robinson, the trailer suggests that the latest entry in the MCU will take Thor (Chris Hemsworth) on his most outlandish and contemplative adventure yet as he searches for inner peace. But his retirement is cut short by the arrival of a galactic assassin known as Gorr the God Butcher (Christian Bale), intent on wiping out the gods. To combat the threat, Thor enlists the help of King Valkyrie (Tessa Thompson), Korg (Waititi) and his old flame Jane Foster (Natalie Portman), who – to Thor’s surprise – inexplicably wields his magical hammer, Mjolnir, as the Mighty Thor. Together, they embark upon a harrowing cosmic adventure to uncover the mystery of the God Butcher’s vengeance and stop him before it’s too late.

Thor: Love and Thunder opens in theaters this coming July 8, 2022 so there’s not long to wait now, but in the meantime, we’ll leave you with the first official trailer accompanied by Guns’N’Roses apropos track “Sweet Child O’ Mine.”