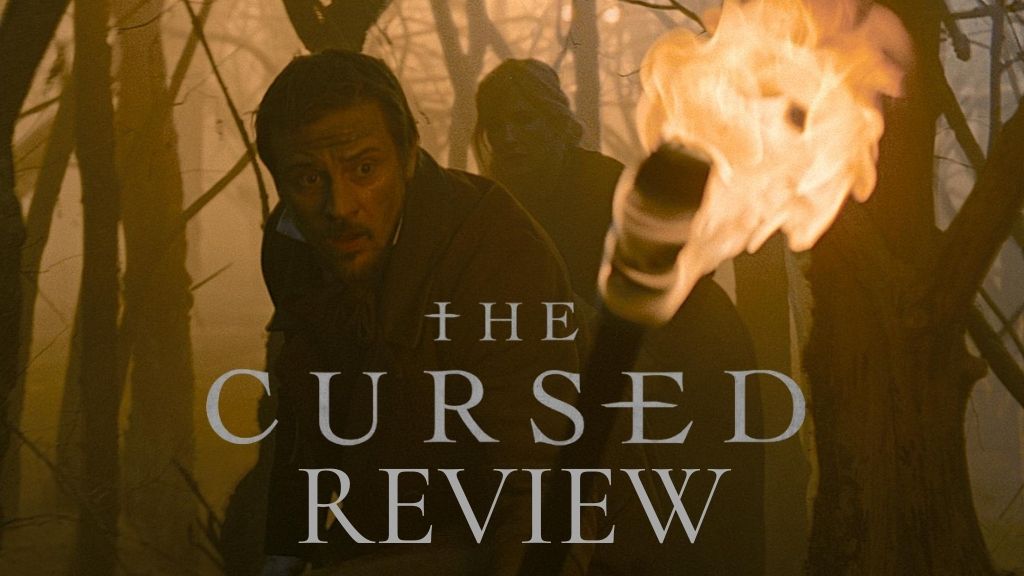 Synopsis: In the late 1800s, a man arrives in a remote country village to investigate an attack by a wild animal but discovers a much deeper and sinister force that has the manor and its townspeople in its grip.

Werewolf lore has been rampaging through generations. The tale of a man and beast hybrid who bites and stalks his prey has been chilling our nightmares. From the Universal Monsters classic movie, The Wolf Man in 1941 to Josh Ruben’s Werewolves Within last year, there have been many movies that depict countless victims falling prey to the werewolf. After all, a man who is pure of heart and says his prayers at night may still become a beast when the autumn’s moon is bright.

Now director Sean Ellis turns his attentions to this mythology in his latest horror outing The Cursed. Set in the 1880s, the film follows a rich, white wealthy family – the Laurents – who viciously take over land previously owned by the Romani in a horrible slaughter. Since the brutal genocide, the land has been stalked by a beast that ravages all who cross its path and it is now aiming squarely for the Laurents and their children – Edward and Charlotte.

It has to be said that The Cursed falls victim to becoming a somewhat clunky and cliched affair. In a similar fashion to the 2010 remake of The Wolfman with Emily Blunt and Benicio Del Toro, the movie focuses more on the grey, Gothic atmosphere of the era, rather than the monsters at bay. So, when the creatures – be it man or beast – come bringing gore and gruesome CGI special effects, it’s a little jarring and doesn’t match the tone the overall story is offering.

The story broods wonderfully but then has this message of racism. The overarching theme deals with this unit of white men colonizing land from the Romani in a somewhat exploitative early scene. The problem, however, is that we are then forced to focus on the aforementioned brutish men and their family who, quite frankly, deserve their comeuppance and then some. Plus, it paints the Romani in the same stereotypical light – as people who simply curse white men with something terrible.

However, there is plenty to be enjoyed. Actors Boyd Holbrook and Kelly Reilly are fantastic and create an emotional story together as people who want to save their children from a terrible fate.

But, the biggest highlight of The Cursed is the creation of the wolves and the bloody bits that come with it. Whilst it doesn’t necessarily fit in with this Wuthering Heights-esque landscape, it is inventive enough to entertain.

Gory, bloody, and different, the strength of The Cursed is in all the red bits flying towards the screen.

The Cursed is in theaters from February 18th