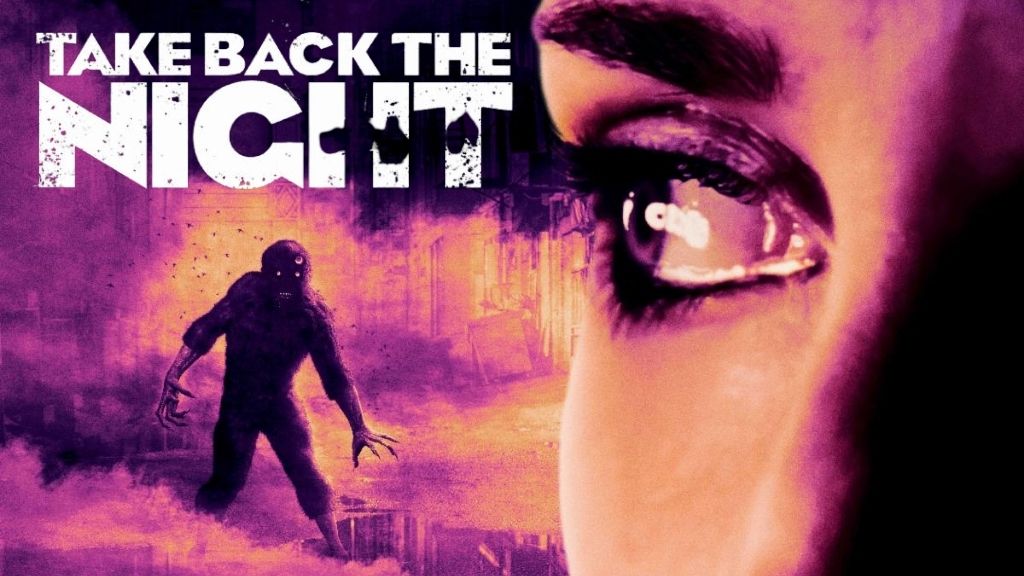 Synopsis: Finding herself the victim of a violent monster attack, Jane launches a vigilante campaign to hunt the beast that tried to kill her. Jane’s efforts intensify, but her troubling history of drug use and mental illness bubbles to the surface causing her family, community, and authorities to question the authenticity of her account. Suddenly alone in her fight, Jane starts to doubt her own memory of the attack…to doubt if Monster exists at all.

Indie thriller outing Take Back the Night derives its name from a woman-led protest organized in 2001. The demonstrations, often candlelit vigils and peaceful walks, across the world aim to highlight sexual violence against women.

Using this title, director Gia Elliot does what horror does best – using supernatural monsters to convey a troubling and very real-life problem.

Take Back the Night stars Emma Fitzpatrick as Jane, an LA based artist, who is attacked by a terrifying monster on a night out. However, her series of events is questioned by police and those around her because of her troubling history of drug use and mental illness. As she recovers from the attack, Jane starts to doubt her own memory.

Though it is under the guise of a monster story, the film is a sobering examination of sexual assault survivors. The cold way that police horribly treat Jane is appalling, especially after they find out that Jane was drinking on that night. As an artist, Jane also puts her life on her social media and is often scrutinized for it.

The horror isn’t just the monster but the institutions which blame the victim for their ordeal; it’s media and how they discredit; it’s our own minds and how it is reshaped and moulded by trauma. The monster is terrifying though, with a gruesome design in both imagery and sound.

Jane’s character is so greatly written because she isn’t a perfect victim. She’s scatty and, at times selfish, and her reactions don’t follow a stereotypical script in terms of how to react following the attack. It’s introspective to how all women – or anyone, for that matter – could find themselves assaulted. All these facets of Jane are greatly portrayed by Fitzpatrick, who takes command of a troubling story as Jane dabbles with memories and her mental health.

Having said that, the execution of the film is somewhat uneven. There’s an unnecessary score that overbears some of the quieter scenes which makes the dialogue hard to hear. Not only this but sometimes a lack of music is necessary for quiet, grieving sequences.

However, with a stellar lead performance by Fitzpatrick, and a well-written script, Take Back the Night gets over its low-budget shortcomings to produce an effective, at times hard to watch, horror. Ultimately, it is a testament to survivors. Not just Jane, but the women who believe her and give her strength to fight – giving her strength to take back the night.