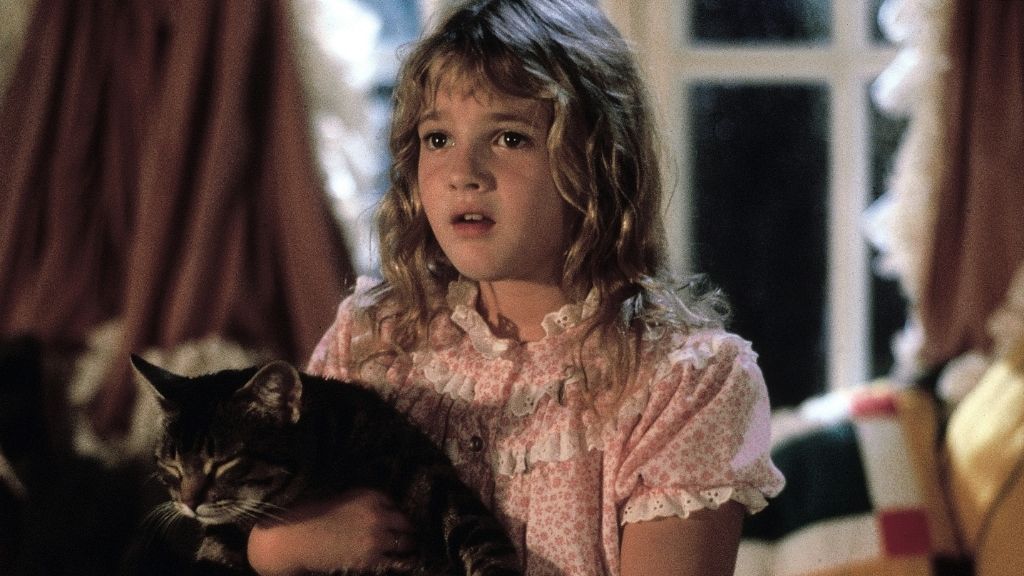 STUDIOCANAL has announced an eye-popping new 4K restoration of the cult classic anthology horror Cat’s Eye, directed by Lewis Teague (Cujo, Alligator, The Jewel of the Nile) and written by Stephen King (adapted from his own short stories).

First released theatrically in the United States by MGM on April 12, 1985, the film stars James Woods (Videodrome, Casino), Drew Barrymore (E.T. the Extra-Terrestrial, Firestarter, Scream), Kenneth McMillan (Dune, Amadeus), Robert Hays (Airplane!, Scandalous), Alan King (Casino, Sunshine State), and James Naughton (“Planet of the Apes”, A Stranger is Watching) with King’s macabre trio of thrilling tales all linked by a stray tabby cat that roams from one story to the next in search of a girl he was tasked to protect.

In the first episode “Quitters Inc.”, a New York family man (Woods) is having trouble giving up cigarettes. A friend suggests he seek the help of a shady self-help operation that outlines a litany of incrementally harsh penalties for him if he cannot resist the temptation to smoke again.

The second story “The Ledge” centers on Cressner (McMillan), a mobster casino owner seeking revenge for his wife’s affair with tennis pro Johnny Norris (Hays). Cressner kidnaps him and forces the athlete into a dangerous bet: if he can walk around the exterior ledge of his high-rise penthouse then Cressner will allow him to leave safely with his wife. But if Norris refuses then he will instead be blackmailed for drug possession and forced to suffer in prison.

In the closing narrative, “General”, a young girl (Barrymore), has been having difficulty sleeping. Though her parents suspect the new family cat of wrongdoing, the girl knows better after she sees a horrifying troll emerging from her bedroom wall…

Commissioned by STUDIOCANAL, the restoration was scanned in 4K – 16 bit by Picture Shop LLC – USA, using the original 35mm negative.  The color grading and restoration were completed by Hiventy Laboratory – France, who dedicated over 150 hours to manually cleaning and carefully removing sparkle, dirt, and scratches.

This new 4K restoration will be released on Ultra HD™, Blu-Ray, DVD, and Digital from 23rd May 2022, in the UK, with releases following in France, Australia, and New Zealand. The Ultra HD, Blu-Ray, and DVD versions will include the following special features: NEW Interview with Director Lewis Teague; Audio Commentary with Lewis Teague; Johnny Norris on the Edge: Robert Hays Remembers Cat’s Eye; “Like Herding Cats”: A Conversation with Animal Trainer Teresa Ann Miller; Original Theatrical Trailer.