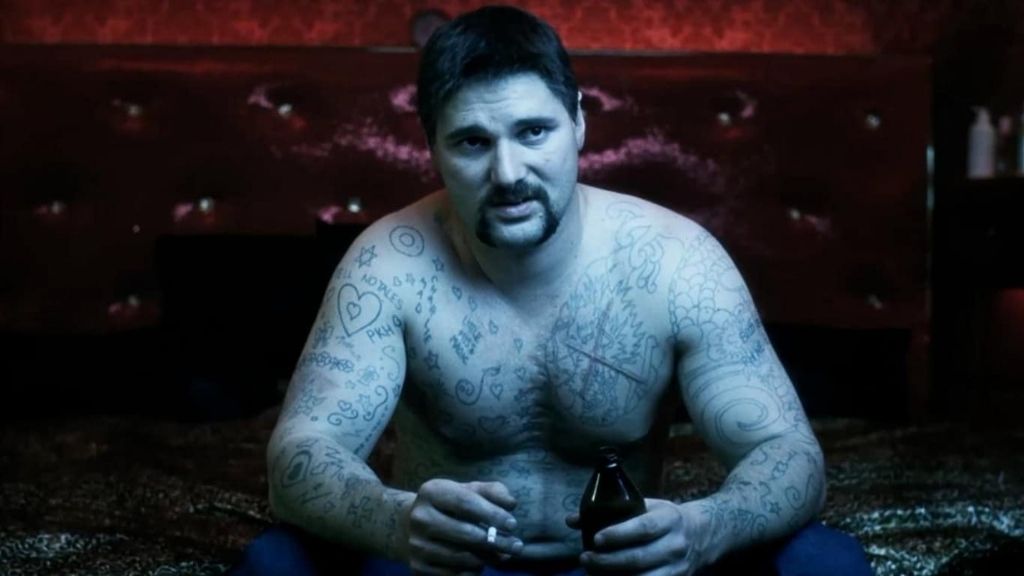 Vertigo Releasing has today revealed that it will be releasing a brand new remastered version of the stone-cold classic CHOPPER in the UK, two decades after writer-director Andrew Dominik‘s award-winning debut smashed a home run.

This no-holds-barred story of the notorious Aussie criminal ‘Chopper’ Read (played by Eric Bana in his iconic breakout role), is based on the bestselling biographies of said notorious ‘celebrity’ gangster, who nowadays would surely be the subject of an everyone-is-talking-about Netflix docuseries.

Detailing Mark Read’s life, both in and out of prison, Chopper never shies away from including all of the shootings, stabbings, drugs, and mayhem that it involved. The film was critically acclaimed upon release, before going on to become a firm home video favorite in the early 2000s and Bana’s performance was so mesmeric and unforgettable that even Read himself later praised his portrayal on the 20 to 1 episode Great Aussie Films, where Chopper came 17th.

Rupert Preston, CEO of Vertigo Releasing, distributed CHOPPER in the UK and Ireland during its original release. Preston said, “CHOPPER is a stone-cold classic movie that launched the careers of some incredible talent. What an exciting opportunity it is to re-launch it for a whole new generation of film-lovers”.

Riotously rude and packed with quotable dialogue (“Beethoven had his critics too, Keith, see if you can name three of them”), CHOPPER is also darkly disturbing and includes some brutal, wince-inducing violence. This stone-cold crime classic now looks better than ever, digitally remastered from the original 35mm print – guaranteed to “knock the fluff off [your] cappuccino!” (Chopper).

Following the tremendous success of the film, Bana went on to star in numerous Hollywood blockbusters including Black Hawk Down, Hulk, Troy, and Munich, whilst Andrew Dominik helmed the Brad Pitt starrers The Assassination of Jesse James by the Coward Robert Ford and Killing Them Softly, various episodes of the Netflix series “Mindhunter” as well as the forthcoming Marilyn Monroe-inspired Blonde with Ana de Armas.

The brand new remastered version will be released in key cinemas and on digital platforms on March 25th, 2022 and we’ll leave you with the official trailer for this highly-anticipated edition of the film.

Synopsis: The no-holds-barred story of the notorious Aussie criminal ‘Chopper’ Read. Told in flashback as Read serves one of his many prison sentences, this extreme biography charts the brutal carnage and wicked sense of humor of a man who allegedly committed nineteen vicious murders and got away with it. Mixing startling facts from his nine best-selling books, including How To Shoot Friends And Influence People, with stylish pulp fiction, it paints an astonishing portrait of a larger-than-life legend.