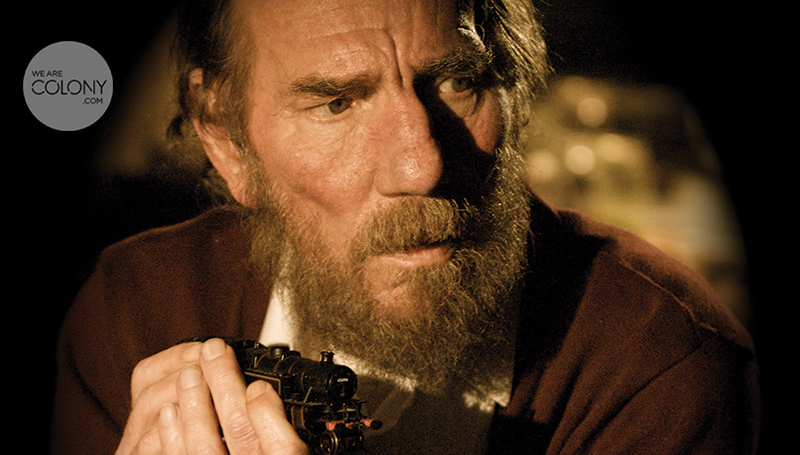 No matter how careful you are as a parent, no matter how strong you are growing up, childhood will always leave scars. You will have the after effects of whatever happened to you, a fall, a fear or maybe something far deeper that has bruised your soul. Waving At Trains is a short film that tackles with the latter side of childhood as an older Douglas Warren deals with a lingering yet pain ridden memory that has affected him in his adult life. And he is desperate to absolve himself in this enthralling short film.

Waving At Trains starts off a bit perplexing, but give it a few seconds (as it is a short, a few minutes would be too long) and you’ll unearth a sense of dread and guilt in a visceral and emotive well. Director Sean Crotty and writer Alan Seiglow present a film that could drive a course entirely into the clichéd territory, a man missing his mother under disastrous circumstances. But their way of handling, representing the darker elements of his life that has left him shut away in his basement, is sensitive. Approaching the darker side of bottling everything inside you for years after. Waving At Trains, too, has many themes that are portrayed within this parental loss and deftly deals somewhat with an Oedipal relationship, a childlike jealousy and a mother’s need to live a little bit of her life away from her child.

Of course, the leading man and late, great actor Pete Postlethwaite in one of his last incredible films encompasses every nuance of residual regret and emotively plays it rather astutely and understated. This enthralling performance really hammers home what an enormous talent we lost. Here, as the elderly version of Douglas, he toils with different bitter and angered emotions that still light up inside him. That combination of feelings, of guilt and shame, lead to the dramatic and brutal end that strikes your heart. Postlethwaite is unnerving, eliciting a wide range of sorrow that you instantly empathise with.

Waving At Trains is a tragic film. It’s feels entirely different and tackles a subject, (or many different subjects if you really want to chew into the different themes). Crotty and Seiglow enthuse that passionate sadness with a vein of tragedy that is anchored by the touching performance by Postlethwaite. And what is sadder is that an acting legend died before seeing this film realeased, a loss to the world and the film industry.

Waving At Trains is available on We Are Colony now.