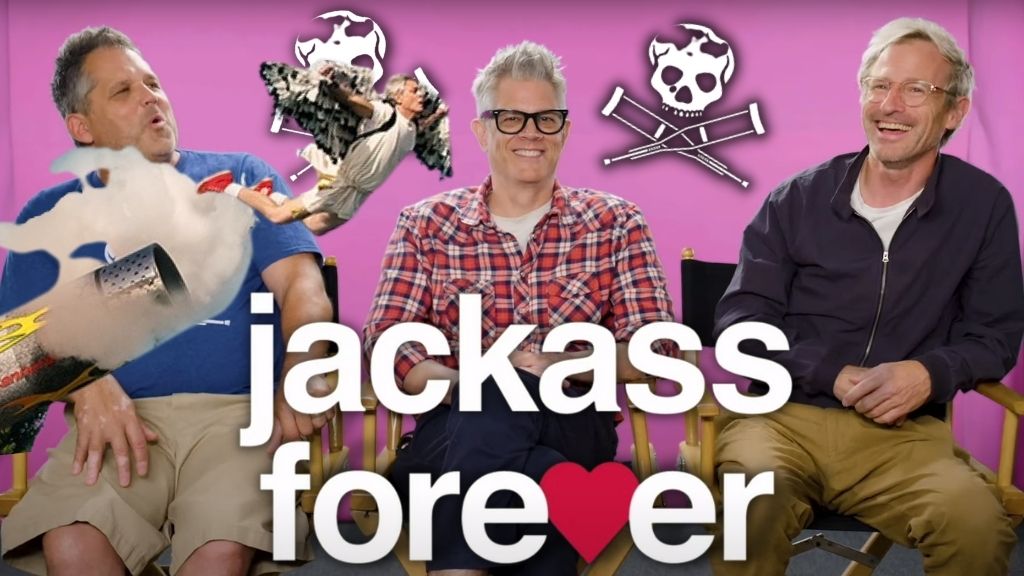 JACKASS FOREVER proves, in spades, that some people really never do learn.

Originally debuting on MTV back in 2000 and going on to air for three seasons until February 3, 2002, “JACKASS”, the cult show that ignited all kinds of controversy over its perceived indecency and encouragement of dangerous behaviour is about to make a long-awaited return to the big screen for another helping of insane-in-the-proverbial-membrane hijinks as the 20-years-older team are back, with a little help from some new friends.

After being pushed back as a result of COVID, jackass forever will finally hit theatres a week today (February 4), and to celebrate, Paramount Pictures has released the aptly-titled “FOREVER JACKASSES” featurette: