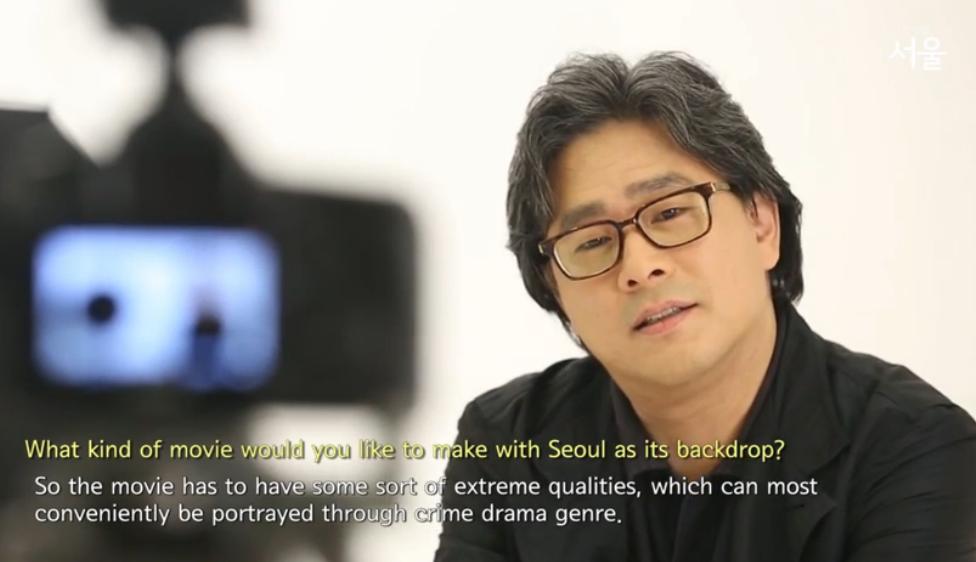 Although it’s only been a few months since Park Chan-wook‘s first English language thriller, Stoker came out, the filmmaker was clearly itching to get back to work. Once again he has teamed up with his brother, artist Park Chan-kyong, who he directed  the award-winning Night Fishing short film with under the nickname “PARKing CHANce.”

Night Fishing was unique as the duo filmed the whole thing on an iPhone and the brothers are out for even more novel filmmaking techniques as they are now asking budding filmmakers to record up to five minutes of footage, which the brothers will then curate and edit a collage short film entitled Seoul, Our Movie using a myriad of images made from all selected submission.

For your footage to be eligible it must be related to Chan-wook’s hometown of Seoul in some way or other and to make things easier the possibilities have been narrowed into various submission categories: working in Seoul, made in Seoul, and Seoul.

The whole project is supported by the Seoul Metropolitan Government and on discussing his hopes for the project, Park Chan-wook commented:

“The movie has to have some sort of extreme qualities, which can most conveniently be portrayed through the crime drama genre.”

Then again, we were never expecting anything less form the man behind the controversial hits Oldboy and Thirst. So what are you all waiting for? To be in with a chance to have your work endorsed the man himself you have until the 9th of November to submit your videos on YouTube.

We’ll leave you with a recent interview the director filmed in promotion of his latest project. Happy filming…

In case you missed it, here is an interview with Chan-wook when I got the chance to meet him at this year’s Fant Film Festival in Bilbao.

In this article:film, interview, Park Chan-wook