Bill Kenwright Films and Vertigo Releasing have now released the official trailer and poster for Christopher Menau’s latest film ANOTHER MOTHER’S SON, which relates the true story of Louisa Gould, a largely unsung heroine of the Second World War.

Starring Jenny Seagrove, Ronan Keating, John Hannah, Amanda Abbington, Susan Hampshire, Nicholas Farrell and Julian Kostov, Another Mother’s Son relates the tale of how, under the rule of history’s most evil regime, and abandoned by Churchill on the brink of the war, The Channel Islanders were the first to experience life under the Third Reich. Jersey became something of a prison island, where captured POWs (particularly from Russia) were bought and forced to build an Atlantic Wall, a huge concrete fortification to defend the islands from British counter attack. British citizens who were not born on the island were sent to Germany.

Louisa Gould, a simple shop keeper charged with delivering the dwindling rations to her undernourished community, learns that one of her sons has been killed in battle. At the same time a young POW escapes from the German prison camp, and Louisa feels compelled to look after him – a Russian POW. Despite her family’s protests, she believes that this is the right thing to do and that “Any mother would do the same”.

Despite the obvious dangers, Louisa is confident her small and close knit community will protect her and her new family member “Bill” as he adjusts to life with her and her family. German paranoia and oppression increases with the escalation of war, and with it the solidarity of the islanders begins to fall apart. Lou’s family learn that neighbours are turning on each other in exchange for food and other privileges from the German regime. Against this backdrop, Louisa fights for her family and the protection of Bill as if he were her own son – it is viewed by many as acting in far too cavalier a way in such troubled circumstances. If Louisa’s secret is uncovered, it will not only be her but her entire family who suffers…

Directed by Emmy-nominated Christopher Menaul (Summer in February, Killing Jesus) ANOTHER MOTHER’S SON is the first feature screenplay from writer Jenny Lecoat, who is the great Niece of Louisa Gould.

Playing the principle role of Louisa Gould, Jenny Seagrove adds to her film credits that include Local Hero (Bill Forsyth), The Guardian (William Friedkin), and the Oscar winning A Shocking Accident (James Scott). Her television successes include starring roles in A Woman of Substance, Diana, and the long running Judge John Deed. She is also the only actress to have starred in plays at every major London playhouse.

Singer-songwriter, Ronan Keating, plays Louisa’s brother Harold Gould. Apart from his many million selling records both as a solo artist and as a member of Boyzone, Keating has recently appeared as Guy in the West End stage production of Once, for which he earned rave reviews.

Louisa Gould, and her brother and sister were amongst the first recipients of Her Majesty’s British Hero of the Holocaust Awards in March 2010.

ANOTHER MOTHER’S SON is produced by Bill Kenwright Films, whose recent films include Cheri (Stephen Frears), and Broken (Rufus Norris) which won the Best British Independent Movie at the BIFAS in 2013.

We’ll leave you to enjoy the official trailer for the ANOTHER MOTHER’S SON which releases in cinemas this 24th March, 2017: 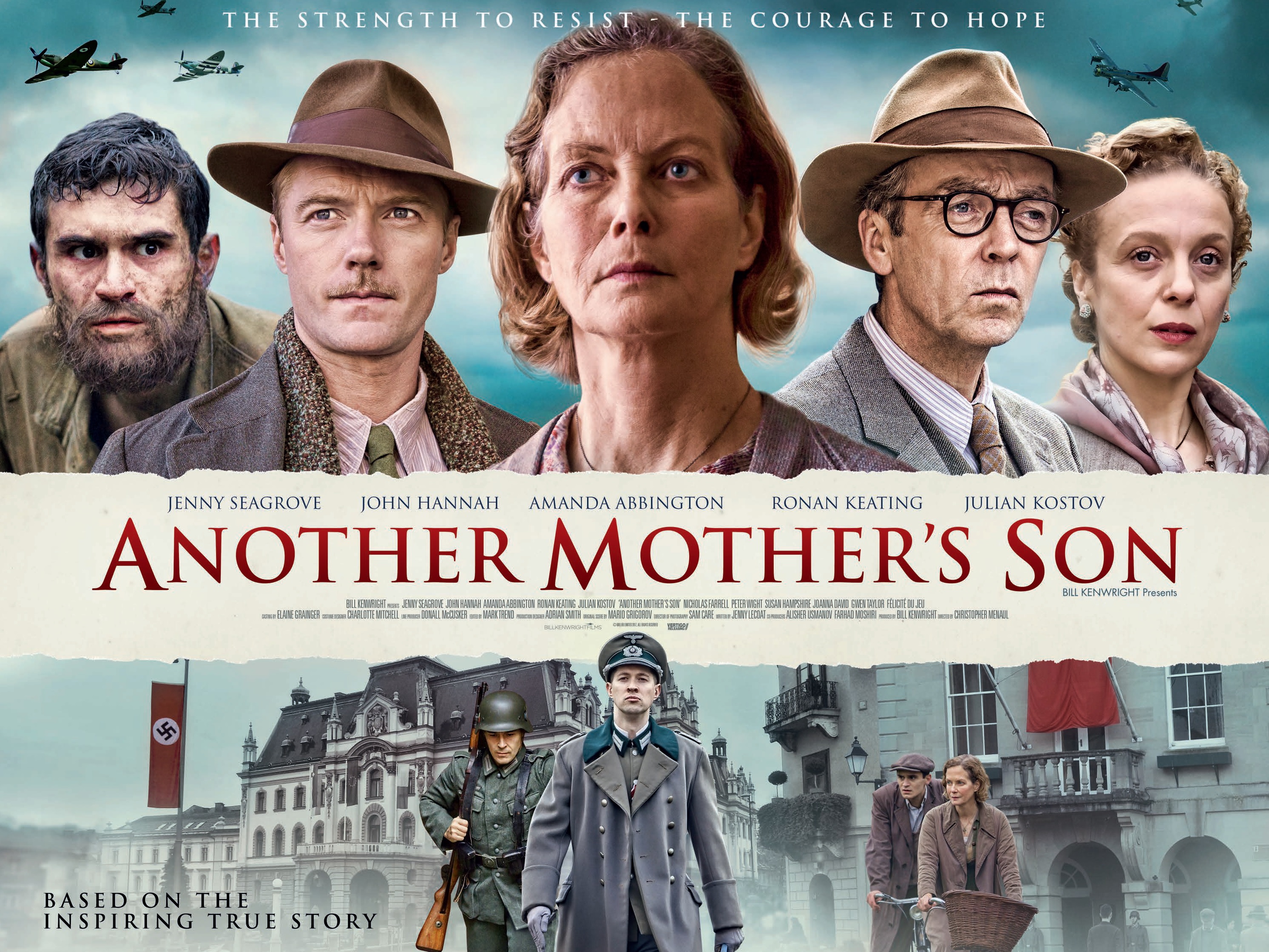