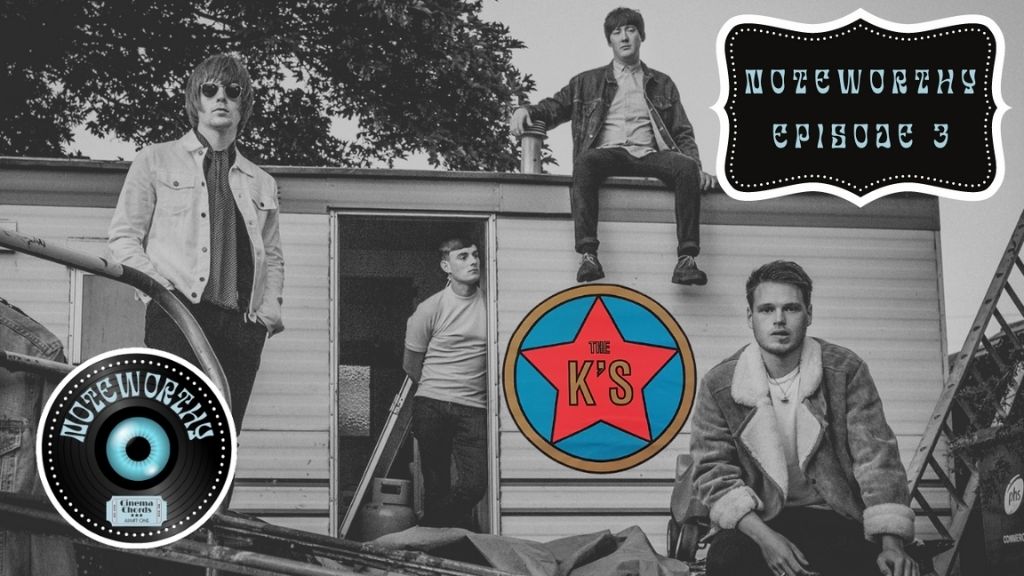 It’s time to shake off the Monday blues with another episode of CinemaChords’ “Noteworthy”, a weekly series of interviews showcasing musicians who are poised for a prosperous year ahead.

Today’s third episode welcomes the Earlestown four-piece, The K’s, comprised of Jamie Boyle, Ryan Breslin, Dexter Baker, and Jordan Holden. Whilst they’ve not been together all that long, the band’s history dates way back to when singer/guitarist Jamie and bassist Dexter hit it off kindergarten at the tender age of three. Jumping forward some 18 years, Jamie had a chance encounter with Ryan, who’d already shared stages with huge bands including The Who and The Killers as a session guitarist in his older brother’s band Slydigs but who just happened to be seeking out his own creative outlet at the time. And then, the final piece to the puzzle fell in place in the form of drummer Jordan Holden, who, despite initially disconcerting the band when he turned up to his audition barefoot, ended up making them “eat word soup.”

Shortly after getting together, they performed their first (sold-out) gig at Manchester’s new talent hub, Jimmy’s, and the band’s momentum has been snowballing ever since. Much of this was down to their immediately recognisable sound and their high-spirited, often hilarious live performances; the latter including storming festival gigs, headlining a whistle-stop tour organised by This Feeling, and even having to close their tent at Kendal Calling, sadly having to leave hundreds of fans outside once the venue reached full capacity.

All of the above, buoyed by the band’s relatable everyday life lyrics, unsurprisingly resulted in their streams rocketing into six-figure digits in no time at all; all the more impressive when you consider that these numbers account for just six songs that the band has released on Spotify so far.

Speaking with CinemaChords last week, The K’s confirmed that they’ve managed to get a few new bangers under their belt over the course of lockdown, with various albums’ worth of material written, but the last thing they want to do is fob fans off with a rush job and the band only plan to release an LP when they are 100% sure that they’ve got the goods to deliver. No matter how long we’ll have to wait to get our hands on their first album, one thing is certain: This burgeoning band is well poised to break out as the next cult sensation on the indie music scene, so we couldn’t be happier to welcome two of the band’s members, Jamie and Jordan, as our guests on today’s episode of Noteworthy.

You can get your hands on some dapper The K’s merchandise here too.