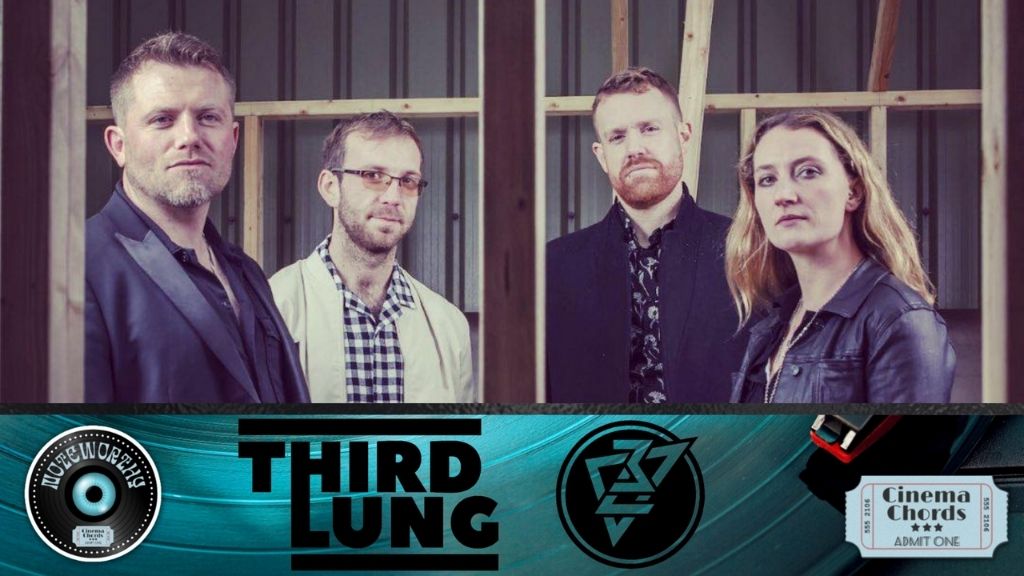 CinemaChords’ weekly series of candid videocasts is back, showcasing some of the most prominent bands and musicians on the scene right now with promising projects and prospects ahead of them.

Today, it’s with great pleasure that we welcome Third Lung frontman Tom Farrelly, in the wake of the band’s recent release of “Laura”, the first single lifted from their debut album “Gameplay”.

Indie prog-rock four-piece Third Lung (Tom Farrelly – Lead Vocals, Guitars; Cams Jurasek – Lead Guitar, Vocals; Rob Jacques – Bass; Sam Waugh – Drums) embarked on their prolific collaborative venture in Reading back in 2014, combining impassioned anthemic ballads with blistering, raw rock-outs. Fans and critics alike have compared them to the likes of U2 and Foo Fighters, but, on diving into their entire back catalogue in preparation for today’s interview, this writer found Farrelly’s vocals to be much more akin to Puressence’s James Mudriczki and the late, great David Bowie, whilst the quartet as a whole combines the aggressive and tender sonic qualities of say early Manic Street Preachers or the sadly now defunct Sound of Guns. And it would be remiss of me not to mention Farrelly’s profoundly keen wordsmithery, spinning intimate yarns with his lyrics, oftentimes tapping into highly relatable psychosocial motifs.

Despite having amassed a reputation as a consistently dependable fountain of single-worthy releases, rather than resorting to cherry-picking the best tracks from their already extensive back catalogue to cobble their first album together, the band has been hard at work writing and recording an album of completely new material; and if the first single, “Laura”, is anything to go by, 2022 is sure to be a landmark year for them.

So, in anticipation of the imminent release of their debut album “Gameplay”, CinemaChords’ Howard Gorman caught up with Farrelly, who discussed the double-edged psychological sword of being in a band, organising this year’s second edition of local music festival Loddfest, and how he’s excited about the way the band has approached their debut album as he believes it will restore a bit of the magic behind releases that has sadly been stripped away of late.