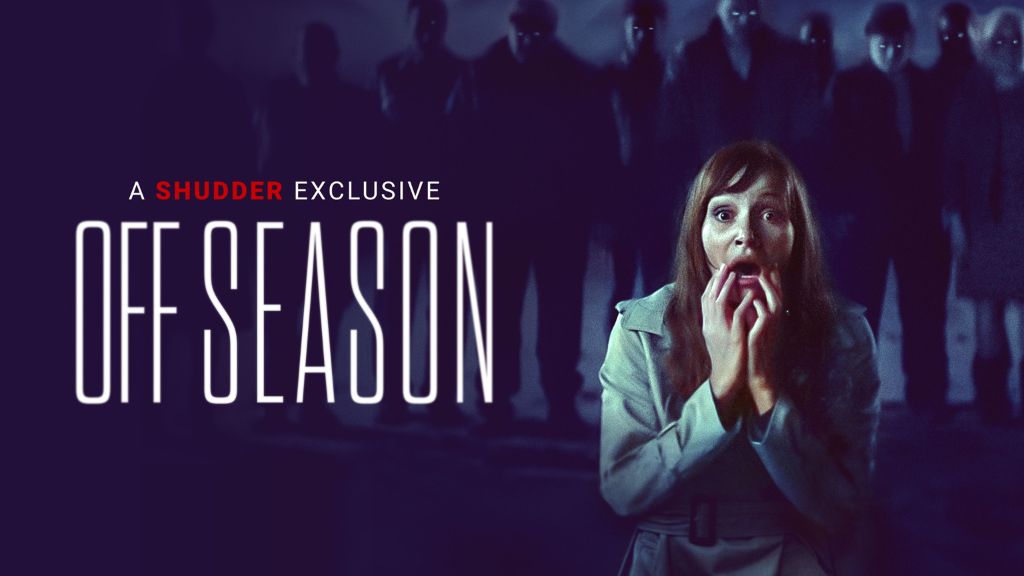 Shudder has announced that OFFSEASON will be available exclusively on the streaming platform from Friday, June 10, 2022. As a Shudder exclusive, the platform will be the only subscription service where the film can be streamed in the U.S., Canada, U.K., U.K., Ireland, Australia, and New Zealand.

Mickey Keating‘s highly anticipated film, which follows the success of 2017’s Psychopaths, stars genre favorite Jocelin Donahue (Doctor Sleep, The House of the Devil) as Marie Aldrich, who returns to the remote island where her mother is buried after she receives a mysterious letter informing her that her mother’s grave has been vandalized. No sooner does he get there than the island is closed for the off-season and the bridges are raised until spring, leaving her with no choice but to stick it out. But, following a succession of awkward encounters with some of the locals, Marie soon suspects that something is seriously amiss. If she is to get off the island alive, she will have to unravel the mystery behind the turbulent past her mother spoke of before she died.

To give you a taster of what to expect when the film bows on Shudder next month, we’ll leave you with an interview Howard Gorman conducted with the film’s protagonist, Donahue when the film was released on VOD and Digital last March.