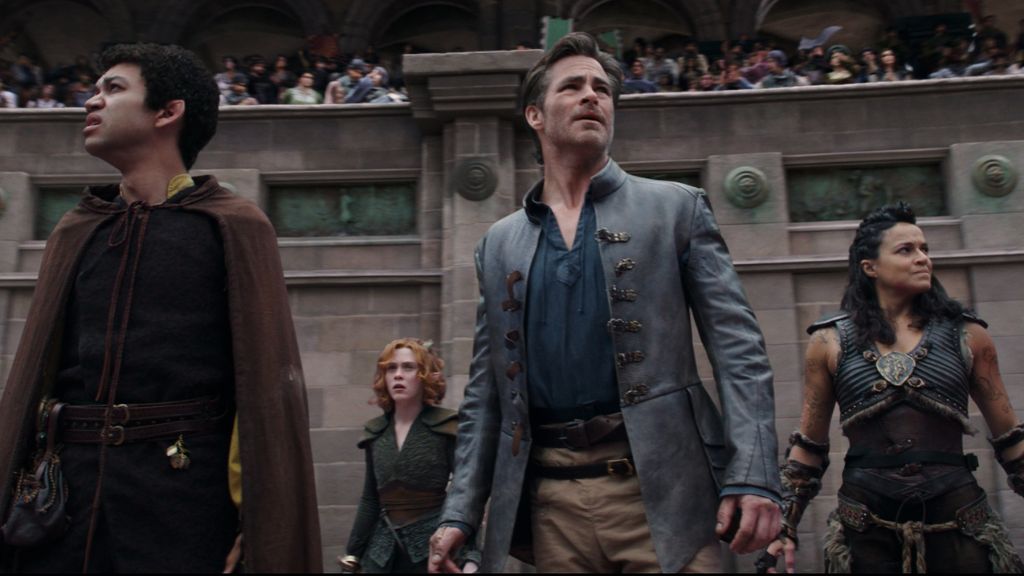 This coming October 30, the MCM London Comic Con 2022 will play host to directors, Jonathan Goldstein, John Francis Daley (screenwriters of Spider-Man Homecoming) and producer Jeremy Latcham (Spider-Man: Homecoming, Avengers: Age of Ultron, Iron Man, Guardians of the Galaxy) who will be sharing exciting, exclusive content from the highly-anticipated Dungeons & Dragons: Honour Among Thieves during a panel dedicated to the movie.

All participants at the event will get the chance to discover all the secrets behind the creation of what is sure to be a truly extraordinary and entertaining adventure.

And that’s not all as the MCM audience can also look forward to wholly immersing themselves in the Dungeons & Dragons: Honour Among Thieves universe at a bespoke stand on the South side of the Boulevard. You’ll get the chance to become a wizard, rogue, or fighter with a quick introduction to the Dungeons & Dragons RPG that leads into the recently released Starter Set: Dragons of Stormwreck Isle – or you can try your hand at surviving the fabled gelatinous cube in a special photo opportunity, exclusive to MCM London Comic Con.

Directed by Goldstein & Francis Daley, from a screenplay they wrote with Michael Gilio (Dark Harvest, The Raven), Dungeons & Dragons: Honour Among Thieves brings the rich world and playful spirit of the legendary roleplaying game to the big screen as it follows the trials and tribulations of a charming thief and a band of unlikely adventurers who undertake an epic heist to retrieve a lost relic, only to find that things turn perilously awry when they run afoul of the wrong people.

This hilarious and action-packed adventure stars Chris Pine (the Wonder Woman and Star Trek franchises), Michelle Rodriguez (the Fast and Furious franchise), Regé-Jean Page (Mortal Engines, The Gray Man), Justice Smith (the Jurassic World franchise), Sophia Lillis (It, “I Am Not Okay with This”), Chloe Coleman (Avatar: The Way of Water, My Spy), Daisy Head (Underworld: Blood Wars, Ophelia) and Hugh Grant (Glass Onion: A Knives Out Mystery, Notting Hill) and is produced by Paramount Pictures in association with eOne.

Dungeons & Dragons: Honour Among Thieves releases exclusively in cinemas in the UK and Ireland by eOne on March 3rd, 2023.