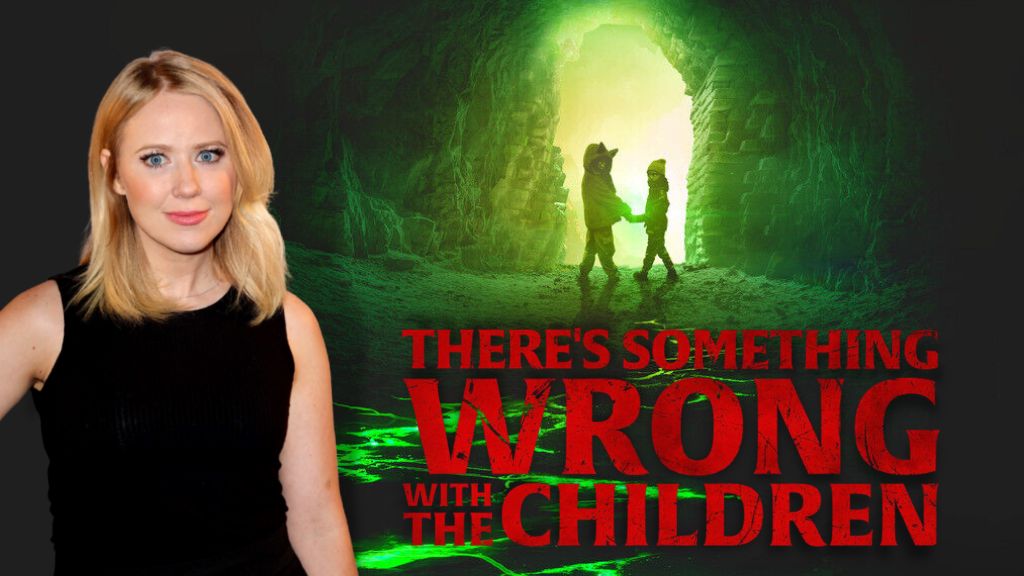 Paramount Home Entertainment releases Roxanne Benjamin‘s (Body at Brighton Rock, “Creepshow”) supernatural shocker There’s Something Wrong with the Children on Digital and On Demand today, January 17 before it heads to MGM+ on March 17, 2023.

Directed by Benjamin, from a script penned by T.J. Cimfel & Dave White (Intruders), and featuring an ensemble comprising Alisha Wainwright (“Raising Dion”), Zach Gilford (“Midnight Mass”, The Purge: Anarchy), Amanda Crew (“Silicon Valley”), and Carlos Santos (“Gentefied”), the film follows Margaret (Wainwright) and Ben (Gilford) on a weekend trip with longtime friends Ellie (Crew) and Thomas (Santos) and their two young children (Briella Guiza and David Mattle). Once there, Ben son stards to suspect something supernatural is at play when the kids start acting up after disappearing into the woods overnight.

In celebration of today’s release, CinemaChords’ Howard Gorman sat down with Benjamin to discuss working with Blumhouse, one of the most prolific horror production banners in the business right now, and how she approached her evil seed shocker to ensure that it stood out from the many cult classics that said sub-genre has spawned over the decades.