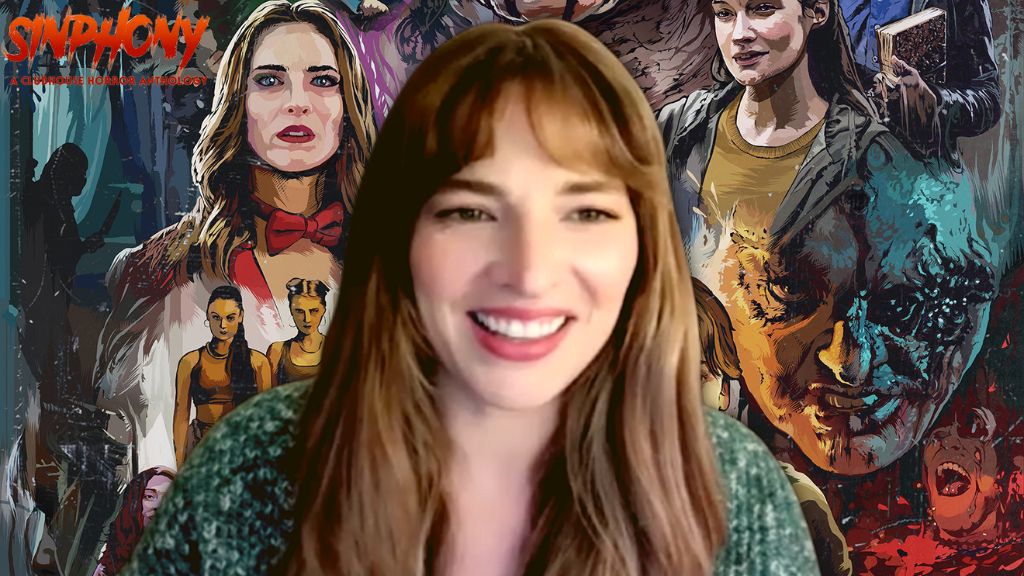 This October 21st, steel yourself for nine unique, terrifying visions of fear heading your way in SINPHONY: A Clubhouse Horror Anthology.

Curated entirely on the social media platform Clubhouse, the audio-based social media platform where people from all corners of the world can come together to chat, listen and learn from each other in real-time on thousands of different topics, Sinphony comprises a chilling selection of short films from ten international filmmakers each exploring a character dealing with tragedy caused by a supernatural entity.

Boasting an extensive ensemble cast, including the likes of Haley Bishop (Host), Stella Stocker (Between the Lies), Kristine Gerolaga (13 Minutes of Horror) and Alysse Fozmark (The Wonderland Murders), Sinphony’s shuddersome segments includes tales revolving around an innkeeper’s growing concern about his secretive new guests; a contractor who inhales mold spores that lead to murder; a couple confronting the fact that one of them is a ghost; a witch protecting her child from a killer; a dance craze that has dire consequences, and many more.

To celebrate Dark Sky Films releasing SINPHONY: A Clubhouse Horror Anthology in theaters and on digital/VOD platforms this Friday, October 21, Howard Gorman sat down with Haley Bishop to discuss taking the reins behind the camera for the first time in her career, how years of experience in the industry proved more than instrumental when translating the script to the big screen, and just how contagious the directing bug is; so much so that she hopes to helm a feature-length adaptation of her segment in this anthology in the not-too-distant future.