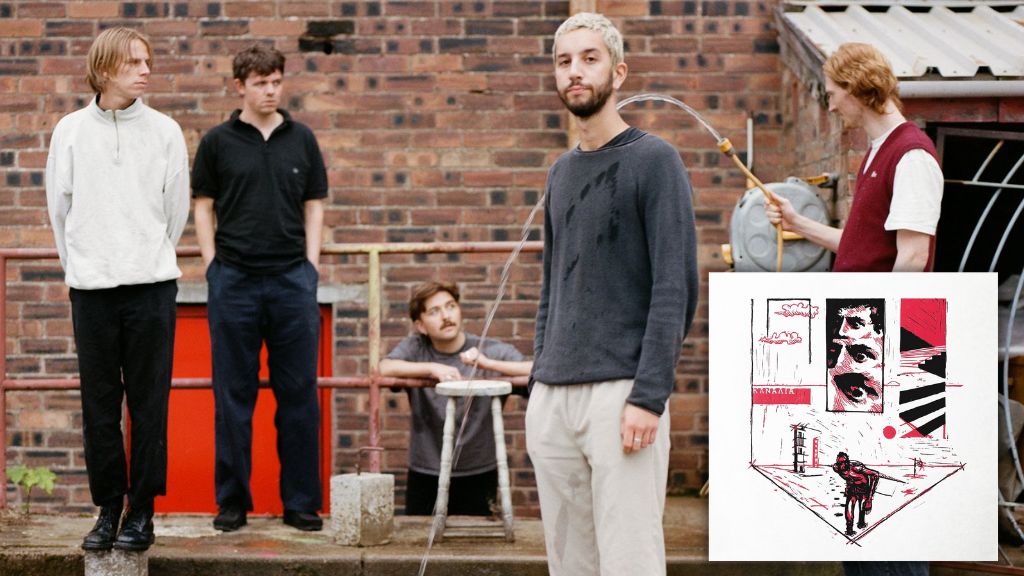 So Young Records – whose recent releases have includes artists such as Vlure, Been Stellar and Lime Garden – kicked off the summer in style with the announcement that Humour has signed with them. And whilst they were still a relatively new band on the circuit – having formed across the 2021 lockdowns, the five-piece arrived musically fully-formed, armed with equal measures of off-kilter post-punk, erratic indie-pop, and discordant post-hardcore, delivering a sound that is at once disorientating and immediate. Early shows playing support for Do Nothing and Folly Group have already marked them out as a must-see live band, propelled by frontman Andreas Christodoulidis’ unhinged lyrical prowess.

The band’s debut single, “yeah, mud!”, combined off-kilter, emotive verses with a driving, melodic chorus, whilst their sophomore release, “alive & well”, was fuelled by gang vocals that predict a firm future of firing up their audience. The band’s buzzy break onto the scene earned them instant praise from the likes of Radio 1, 6 Music, DIY, Dork, CLASH, and Brooklyn Vegan.

Commenting on how today’s new release came together, Christodoulidis’ said:

“Pure Misery is about finding or putting yourself in a position where you are
expected to have something important to say, and realising that you don’t
really. I wrote the song about being a singer in a band, and standing up to
address lots of people in a very serious way as though I must have something
meaningful to relate; something the audience needs to hear. It feels a little
ridiculous doing that sometimes, especially when the songs are most often
just about stories or feelings. So the narrator of the song is supposed to be
trying to convince the audience that he has something very profound to tell
them, and he’s kind of stalling until he can come up with something.”

The “Pure Misery” EP is set for release on November 25th and can be pre-ordered directly from So Young here and we’ll leave you with the official video for the title track below.

The band has also announced a string of further dates in support of their debut EP, including launch shows in both Glasgow and Edinburgh close to release: