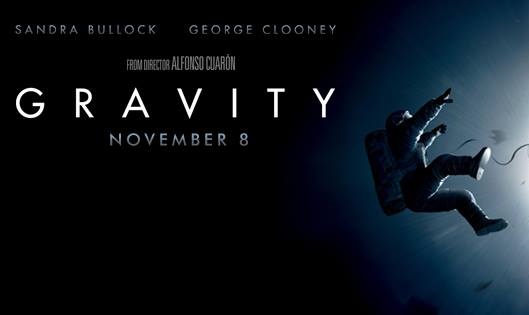 3-D is an often ignored complimentary feature of the cinema, as opposed to the main attraction. Audiences usually come for the stories or the stars, and not apparently enhanced visuals. That being said, 3-D film-making is an art form, albeit one that not many have mastered. There’s certainly still room for innovation, and a chance to truly impress.

Alfonso Cuaron‘s Gravity has been kept very hush hush, even mere days before its release. A sturdy, dependable cast of Sandra Bullock and George Clooney seems stable, if not exciting. However, Gravity‘s absurdly potent visuals of space, and space era technology seem set to stun, mystify, and amaze. Festival critics have sung only songs of praise for Gravity, and if there’s a flattering format for such a seemingly beautiful film, it’s certainly that of the IMAX Cinema.

With this newly released IMAX featurette giving us a glimpse of the film, as well as a few words from those behind the film’s production, it certainly seems to be quite the experience. Alfonso describes his film as a potent experience of immersion, of absorbing visuality and sound. Dr. Cady Coleman has some interesting insight in the featurette, utilizing her experience as a former NASA scientist to be a consultant on the set of Gravity.

Gravity seems set to be the ultimate space cinema experience we’ve never seen before. Check out the featurette, and I’d suggest you not miss Gravity in cinemas 8 November.

Find out more at www.facebook.com/GravityMovieUK