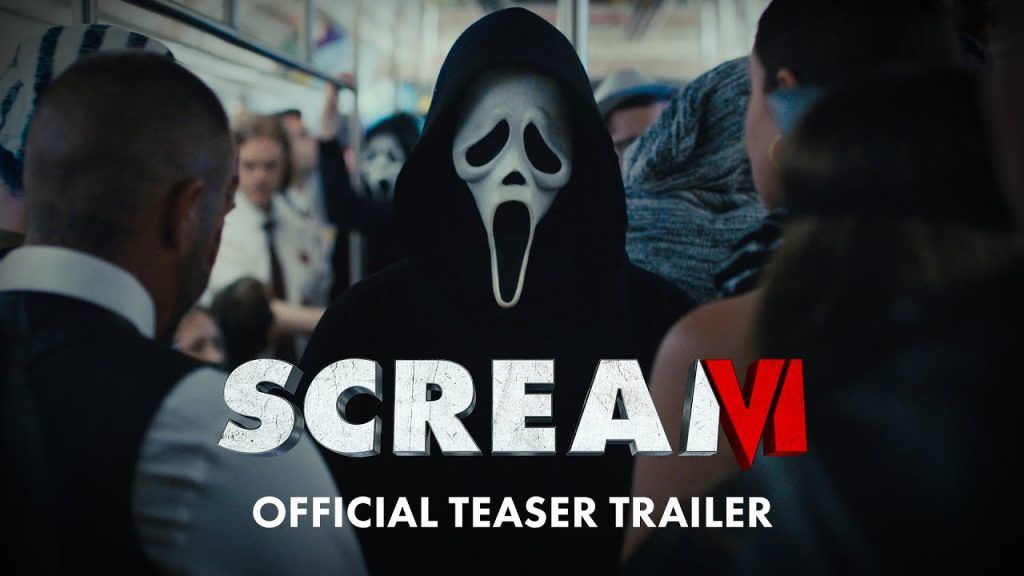 Paramount Pictures has just dropped the hugely-anticipated teaser trailer along with an offical poster for Scream IV which calls Ghostface’s time old topic of debate to mind: “The question isn’t, who am I? The question is where am I?” Case in point: the new entry in the franchise leaves Woodsboro behind and sets a course for a city of millions, where no one can hear you … scream.

Directed by returning helmers Matt Bettinelli-Olpin & Tyler Gillett, from a script written by James Vanderbilt & Guy Busick, the swift follow up to this year’s much-loved return to the Scream franchise sees the four survivors of the previous movie leave Woodsboro behind and start a fresh chapter.

Scream VI is only in cinemas in March 2023 so “Don’t forget to set the alarm!” Until then, will leave you with the aforementioned trailer that looks set to steer the Scream franchise in a whole new direction.