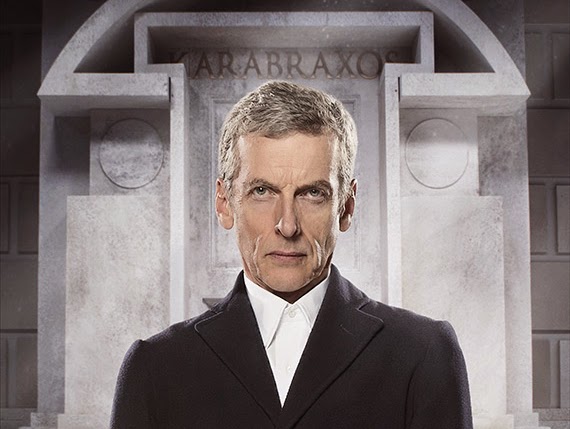 While this is again an attempt at being spoiler-free.  You read this at your own risk!

So here we are, almost at the halfway point for the series.  With 12 episodes in this eighth series, we should be in full swing.  For the most part we are.  We’ve had the obligatory regeneration craziness, The Doctor redefining himself and who he is, the relationship between Clara and he broken down and redefined.  After the solidification of this new Doctor with last week’s episode, this week’s Time Heist should have been a belter.  Except for some reason, it fell somewhat flat for me.

Don’t get me wrong, I enjoyed it.  For me though, while it had all the ingredients for a really great stand-out episode of the series (I love a good heist film… Or even a rubbish one – Ocean’s Twelve springs to mind), it just felt a little underwhelming and as though there was something missing.

Maybe we’ve been spoiled with the last few series.  Grand overarching series arcs that interweave and hide in the background before popping up to make sense of scenes from previous episodes, and with this episode being co-written by Steven Moffat, then maybe this to has scenes that won’t make sense until a few more episodes down the line, but it doesn’t feel that way.

Time Heist, feels very much like a filler episode, with solid performances from the principals (Is it just me, or are they putting these little moments that show Clara’s life less and less Doctor-focussed in preparation for her rumoured departure?).  The guest cast also do a good job, with Keeley Hawes on good form as the prim and efficient Ms. Delphox, however the two other members of ‘Ocean’s 4’, Psi and Saibra, are ultimately boring, cookie-cutter characters that do not seem to be very interesting and are virtually forgotten by the time the credits have finished rolling at the end of the episode.

Maybe this episode would have been better served by being longer, or by paring down the story elements within – The Teller seeming to be a rehash/adaptation of the separated creature/mate maguffin as used in series seven’s Hide, but the creature design has to be applauded, making the Teller look fresh and interesting.

There’s also a nice couple of easter eggs to listen/watch out for, from little comments about long scarves and bow ties, to sneaky picture’s of the comic universe’s Abslom Daak and even the Gunslinger from A Town Called Mercy.

This episode is far from being weak tea, with a great little story idea that is ultimately well executed with plenty of great little moments contained within it, but feels slightly dissapointing and as though it could have been so much more than a mid-level standalone filler episode that does little to advance the series arc or characters along.

In this article:Doctor who, Time Heist