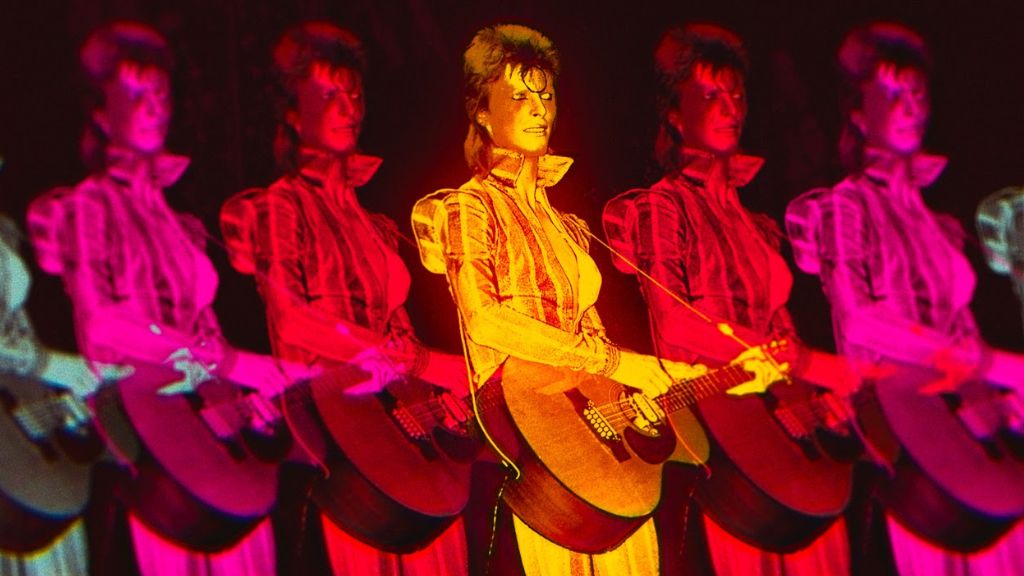 Universal Pictures, Warner Music and London’s prestigious Music Walk of Fame have announced that icon David Bowie will be honored with a stone on the Camden-based trail that honors artists and trailblazers from all corners of the world.

This announcement comes in the lead-up to the global release of Brett Morgen’s (The Kid Stays in the Picture, Cobain: Montage of Heck, Jane) genre-defying feature-length immersion into the art and sounds of Bowie.

Bowie’s stone, to be laid opposite Camden Town Tube Station, will join other Music legends including The Who, Soul2Soul, Madness and Amy Winehouse. The stone will be unveiled in a star-studded ceremony outside on 15th September, with friends, collaborators and fans of the ‘Life on Mars’ singer paying tribute to the London-born artist, widely regarded as one of the most influential musicians of all time. MWOF will be announcing a post-unveiling event soon in an undisclosed Camden location – more details to follow.

Bowie’s phenomenal musical credentials need little introduction, with timeless hits including ‘Starman’, ‘Rebel Rebel’, ‘Space Oddity’ and ‘Let’s Dance’. During his 54-year career his record sales – estimated at over 100 million records worldwide – made him one of the best-selling musicians of all time, with 11 UK number-one albums.

Bowie was known for innovative sounds and visions – constantly reinventing himself over the years. Particularly lauded for his groundbreaking work in the 1970s, in 1972 he introduced Ziggy Stardust to the world, and in 2022 we mark 50 years since the androgynous, alien rock star fell to earth, with their first unassuming gig taking place in a now-closed pub on the A3 in Surrey.

Born in Brixton, Bowie performed at Camden’s Roundhouse, just down the road from where the stone will be laid, three times in 1970 with his then newly formed band ‘The Hype’. The performances were on February 22nd, March 11th and July 5th.

As well as the highly anticipated release of MOONAGE DAYDREAM, 2022 is also significant as the year that the star would have celebrated his 75th birthday.

The Starman himself is a natural fit for a London-based trail that celebrates musical excellence, and his arrival in Camden will also signify the return of the Walk following a hiatus since 2020.

The Music Walk of Fame was founded by Lee Bennett and launched by honouring The Who. Since then, stones have been laid for Amy Winehouse, Madness and Soul II Soul.

Based in Camden the trail aims to recognise all that is great in music and celebrates music’s contribution to culture, society and the lives of people from all around the world. The walk is set to feature hundreds of artists and personalities, spanning the entire length of pavement from Chalk Farm, all the way to Mornington Crescent. The trail is deemed not only as a cultural attraction and celebration, but also a virtual museum due to the use of AR technology to access artwork, videos and music through the stones. The aim is for the Music Walk of Fame stones to become the highest accolade in music worldwide.

Commenting on the announcement, Lee Bennett, Founder of The Music Walk of Fame said, “David Bowie is a global influence, one of the ultimate influencers and sooner or later, we had to have him on The Music Walk Of Fame. Our intention is for this to be the highest honour a music figure can receive in the UK and beyond, the unveiling of David’s stone ensures that legacy. We have huge plans for the future, but for now, let’s celebrate one of the greats of music.”

Further details will be revealed closer to the release, with organizers having hinted at a series of events and artwork exhibitions taking place in and around Camden on Thursday, September 15, the day before the film’s official UK release.

MOONAGE DAYDREAM releases in IMAX from September 16 and in UK cinemas from September 23 and in the meantime, we’ll leave you with the official trailer.