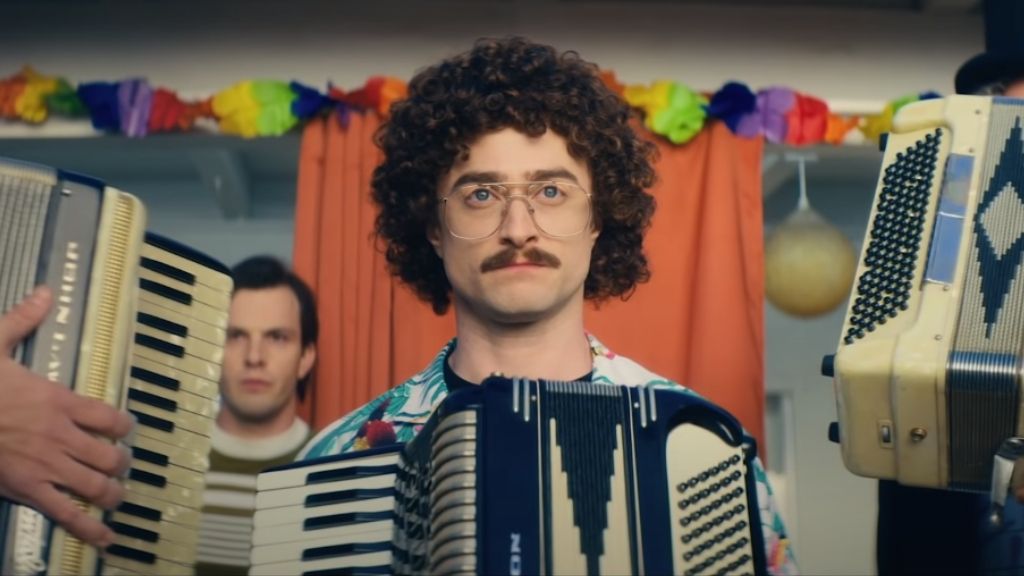 “I’m still a geek on the inside, that’s the important thing.”

The Roku Channel has just dropped the first teaser trailer for WEIRD: The Al Yankovic Story –  and we can see exactly why filmmaker Eric Appel knew he had to make this movie as soon as he heard Weird Al’s life story, firsthand.

Directed by written Appel, from a script he co-wrote with Al Yankovic, this Roku Original film chronicles the untold true story of the five-time Grammy-winning musician and pop-cultural icon (played by Daniel Radcliffe). The biopic is said to hold nothing back, taking audiences on a truly unbelievable journey through Yankovic’s life and career, from gifted child prodigy to one of the biggest-selling recording artists of all time.

Commenting on the film, Yankovic himself said, ‘When my last movie “UHF” came out in 1989, I made a solemn vow to my fans that I would release a major motion picture every 33 years, like clockwork. I’m very happy to say we’re on schedule, and I am absolutely thrilled that Daniel Radcliffe will be portraying me in the film. I have no doubt whatsoever that this is the role future generations will remember him for.”

Roku’s Head of Original Scripted Programming added, “There clearly aren’t enough biopic movies about famous musicians and we were excited to shine a light on the incredibly true, unexaggerated story of Weird Al. This is sincerely the ultimate combination of talent, creativity, and friends, coming together to make something genuinely funny, and we could not be prouder to call this film a Roku Original.”

Produced by Funny Or Die and Tango, WEIRD: The Al Yankovic Story will be available exclusively on The Roku Channel later this year. In the meantime, we’ll leave you to get psyched with the aforementioned trailer…