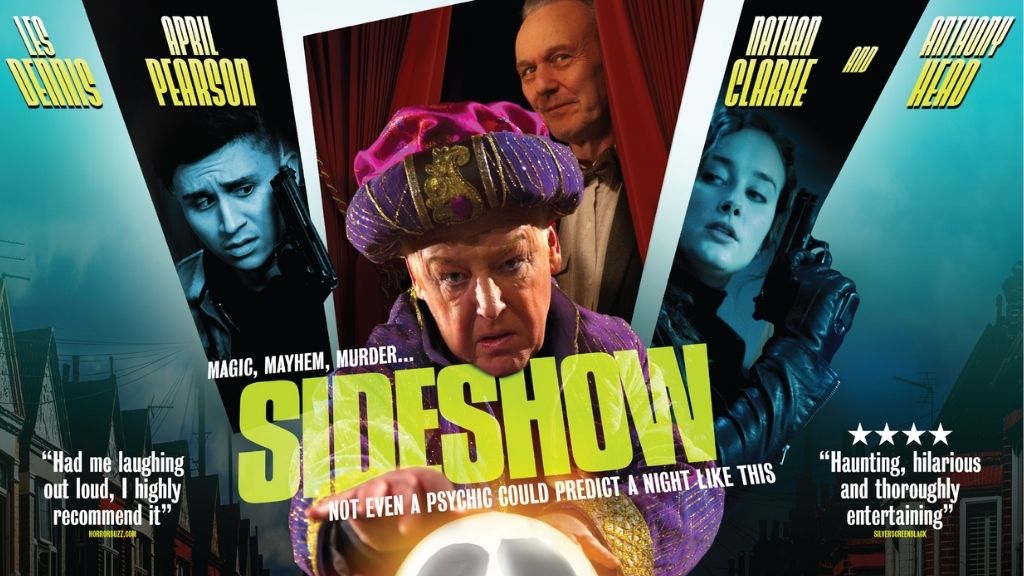 Today, Munro Film has confirmed the new release dates for its latest ensemble case comedic crime caper, SIDESHOW, which will head to UK cinemas from March 11. The film’s theatrical release will be followed by a home entertainment release on 28th March.

Written and directed by Adam Oldroyd (“Dreamflight”, “Deadly 360), the film follows two criminals who, after breaking into a washed-up psychic’s house, end up getting far more than they bargained for, because “The Stupendous All-Seeing One” is a genuine master of the dark mystic arts – at least that’s what it says on his poster, and he’s sticking to it…

Commenting on the release, Oldroyd said: “Sideshow is my modern take on the black humour of the old Ealing comedies. Les was the perfect pick to play ageing psychic Stuart Pendrick. His years of experience as one of the nation’s best-loved entertainers was the ideal material to draw from.”

Sideshow will be releasing in UK cinemas from this coming March 11 before hitting digital download shortly afterwards on March 28. In the meantime, we’ll leave you with the trailer and a reminder that you can book your tickets for the film online here.