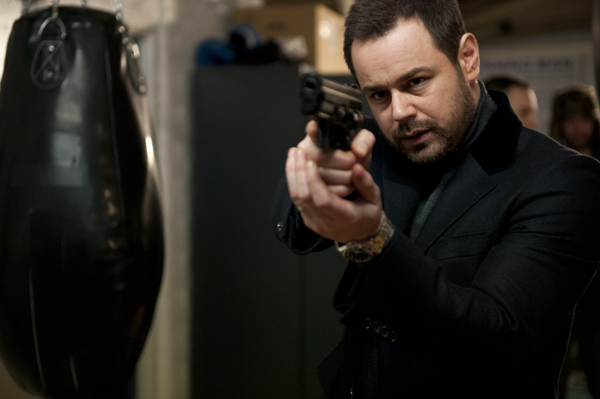 The time has come. One man is all set to take it upon himself to make deliveries to those deserving of them. We are of course not talking about the man in the big red outfit but rather Danny Dyer in his latest outing, Vendetta. Directed by The Fall of the Essex Boys scribe, Stephen Reynolds, Vendetta finds Dyer taking on the role of Jimmy Vickers as he takes the law into his own hands to take down a gang that brutally tortured and murdered his parents. Stephen Reynolds’ previous experience sat in a director’s chair includes work for Channel Five’s Fifth Gear whilst he also wrote and directed short films for the UK Film Council and BAFTA award winning Production Company Dreamfinder Productions. With Vendetta all set for a home release we spoke to Stephen all about his experience creating his debut feature.

You burst onto the scene with another piece of work you wrote, The Fall of the Essex Boys, also in collaboration with Jonathan Sothcott. How did you cross paths with Sothcott and what was it from your first collaboration that made you realise you wanted to repeat the experience with Vendetta?

I think we had always had a great working relationship, I had sent Jonathan Snowman, a short film I had made a few years before and the feature it was based on and he liked my writing style. Essex Boys was a funny one as it wasn’t a true Sothcott/Reynolds movie. There was another producer and director involved and they and Jonathan were looking for a fresh writer to tell another side of the story and Jonathan brought me in. I thought it could be a fresh angle as I’m not a fan of gangster movies, which is always a surprise for people to hear. There are the right filmmakers out there to tell those stories and I’m not one of them.

I believe producer Jonathon Sothcott, Danny Dyer and yourself worked very closely on the project. How much input did they bring to the table in terms of where to go with the script you provided. Is there anything particular you remember that they came up with that you knew straight away should be added to your initial script?

Jonathan and I work very closely at the story stage and to really flesh out the narrative beats, certain characters and the story then I go away and write it. The ending for Vendetta is very Jonathan and the action stuff is very me. Danny knows to trust us in the story building process, he’ll then get involved on set in terms of the character and the approach on the day which is great. Sometimes when big actors or stars want to get involved in the story process it can be a hindrance, they need to trust us to do what we do and vice versa, that’s when it really works. We all knew our jobs and there was a massive amount of respect and trust throughout Vendetta. It was really humbling to have a producer like Jonathan really let me do my thing. He’s a true professional and he’s been in the game way longer than me and he didn’t have to give me my shot on this, he just saw something and let me go for it. I think he wanted me to direct that Essex Boys film and I’m glad I didn’t cause it was probably the weakest thing I had written unfortunately. It’s all worked out nicely cause I’m very proud of Vendetta and always will be for a first shot at it.

This is your first feature film as a director, having written and directed various short films. Was it a bit of a daunting challenge for you or did you take to it like a duck to water. I’m guessing Jonathan urged you to get behind the camera from the very, very early stages of the project.

It’s always going to be daunting because your mind is constantly telling you it’s your first feature and that’s a big deal, especially when it is your dream from as long as you can remember. The key was prep and I wanted to do a lot of pre-production and meet with everyone and let them know where we were going on it so they could not only trust me but get excited about the project. You can have a lot of people standing around in the cold looking at their watches on these films waiting to go home and I like people to be passionate about what they are coming to work to do everyday and I think that helped a lot.

Going back to your short films, Snowman which deals with an average man who becomes an urban warrior certainly runs in the same vein as Vendetta. What is it about this type of genre that allures you and have you got ideas for completely different genres at all?

Jimmy Vickers is certainly not an ordinary man ha. But the guy in Snowman was. I have over 15 screenplays knocking about on my hard drive. One is called Boy and Wolf which is a Roald Dahl type kids film about an  8 year old boy who befriends a wolf in some woods near his house. I shot a teaser for that too which is on YouTube much like the way I did with Snowman. I also have a massive budget American based script about three bank robbers tearing up downtown L.A, a futuristic sci-fi movie about time travel and religion, an anime script called Tokyo Nights and then there’s Renegades which is an action film much in the feel of The Expendables and The Rock which I am doing with Jonathan next year. But I was always turned on by the vigilante thing as a kid, going out and serving your own justice with films like The Crow, Batman and The Punisher. I love all of that and also whenever I have had a run in with the police whether it’s been on the right side or wrong side of the law they’ve always come across as pretty useless and incompetent to a point where it’s frightening.

Vendetta heavily features violent and action scenes. Such content is extremely difficult to direct as one bad move and the realness gets blown, particularly in the case of fight scenes. How do you get your head around this and how much of a help are the fight coordinators in making sure everything comes across as realistic and violent as possible?

I have a really clear imagination so I shoot it in my head when I’m writing it and then just reshoot it on set. I thought every director worked like this and then when I got on set a few people were really freaked out with how I work. It really helps when you are doing the edit as well cause I remember all of my shots and I’m choosing them and editing in my head on the day. I choreographed a lot of Vendetta myself like the Bunny Raid scene and the shootout in the flat but when I didn’t I just articulated that to Nick Maison, the fight choreographer, and he would give me something clinical and deadly which is why I used Krav Maga as Danny’s fighting style in the movie.

Jonathan Sothcott has said Vendetta is a love letter to films like Death Wish and First Blood. Are these films you had in mind when writing this or would you say you took other films as a base of reference?

Definitely The Crow and The Punisher but I only realised these later cause they were in my subconscious. I was always big on Seagal movies as a kid – Hard to Kill, Out for Justice. his earlier ones. With the production designer we talked about The Exterminator a lot and a lot of ’80s movies. I have no film education in terms of university or film school. I’ve grown up watching and making movies so a lot of movies are rattling around in my subconscious.

Jonathan also said the film was never first intended for any big actors. When writing screenplays do you write thinking of possible actors for roles or do your try to keep an open mind in that respect?

Sometimes it’s good to try and picture someone in your head, so sometimes I will write with a random actor in mind and stick with them through the film. It also helps producers at least get an idea of the type of guy you are after. And if you’ve written it well enough they can go ‘I tell you who would be good for this.’ I like to let Jonathan suggest a lot of actors because in the UK he really knows who is who and a lot of their strengths and weaknesses. He’s been in it a lot longer than me so I trust him. He knows his stuff. But I didn’t really write Vendetta with anyone in mind.

Given the critical acclaim Vendetta has recieved thus far has this sparked your interest to direct another film? I hear Vendetta 2 is on the cards?

Yeah, I’ve always wanted to make movies my whole life but the project has to be right. I’ve turned down a few films since Vendetta cause they didn’t excite me and I have to be excited about the stories I’m telling and no paycheck in the world can buy that passion unfortunately. I gave everything of myself to Vendetta and certainly didn’t do it for the dosh. I don’t want to do four films a year just to pay the bills. I’d rather do one or two I love and find a way to live off that instead. And as for Vendetta 2, there’s massive talk about that and it’s looking extremely likely but until Danny and me are on set again on that first day we’ll just have to wait and see.

We’d like to thank Stephen for taking time to answer a few questions for us. With Vendetta out today on DVD, Blu-ray and digital download, this is simply the perfect last-minute stocking filler you were looking for. 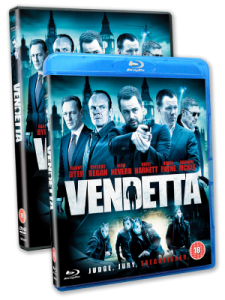