For many of us, that long term adage ‘Ignorance is Bliss’ can hold true when it comes to such matters as human trafficking. Regarded as the fastest growing illegal business in the world, it is happening right here, right now, right under our very noses.

The UN Palermo Protocol defines human trafficking as “the acquisition of people by improper means such as force, fraud or deception, with the aim of exploiting them”. The person is seen as a commodity and has been specifically targeted as a means for criminal exploitation for labour or services.

Now, Selling Isobel is a feature film that piqued my interest as it is based on one woman’s real life account of human trafficking. It is extremely thought provoking and demonstrates how sexual exploitation can happen to literally anyone.

The story involves Isobel, who by all accounts was an average modern women, but after accepting a proposal for a photoshoot, her life was flipped upside down when the photographer locked her in his apartment, threatened her with violence, drugged her and moved her to an unknown location in order to be sold for sexual exploitation.

Frida Farrell stars in this film as the titular Isobel, having also co-written the script with Glyn Turner. But what makes Selling Isobel so unique, is that it is based on her life. Isobel IS Frida.

Cinema Chords spoke with Farrell and she gave us a totally honest, heartfelt account of her experiences, the making of the film and why she regards herself as a survivor and not as a victim.

One of the first things we had to find out was why she felt compelled to write about her experiences.

“It was the thought of possibly helping other girls that made me finally say, ‘OK. I can do this.’ I don’t know whether you know, but I was silent for almost 10 years. I didn’t tell anyone. There were literally three people in my life that knew about this. I was very, very quiet about it. If I can say to myself that I can do this and be strong, then I can help other girls. That was my main drive for the whole making of the film.”

So who did you tell and how come only three people were told?

“One of them was my husband, the other was my close friend, then the third was my mum. But I didn’t realise that she knew up until just recently. She told me that we spoke at the time but I didn’t know. I did report the matter to the police within a week of it happening.

I walked into one of their offices and I found it so embarrassing. I felt really embarrassed to tell people that this had happened to me. I didn’t want to be felt sorry for or to be the centre of attention. I just wanted to disappear. It wasn’t the easiest thing to do with the police. I was sat in a room with two young guys. They had no such compassion and they didn’t treat me very well.”

Although Selling Isobel is based upon her experiences, I wanted to know how much within the film is actually a true account of her experience?

“A few things have been altered. We changed my character a little bit, just to make her not entirely me, in the sense that she had a different job and a child. We also changed the main guy. We had to make up the main guy because I didn’t know him. So he is our interpretation of him. I never really got to know him or speak to him properly and nor did I want to.”

When watching the film, you get the sense that it didn’t seem overly-dramatised for audience consumption. It all seemed on a level and highly plausible. Was this something Frida and Glyn Turner wanted to achieve?

“Absolutely, we wanted to keep it as real as possible but, for me, it was a little bit too arty sometimes. When we wrote the scripts, we wanted it as real and claustrophobic as possible. Did you notice that we stay with the girl the whole time? Even when her boyfriend comes around looking for her, she was in the cupboard in that room. We wanted to make it so claustrophobic so the audience can feel her world.”

Frida Farrell is an educated, independent woman and probably quite savvy. I am guessing that being sold into the sex trade was the last thing she would’ve expected to happen in her life?

“I believe that I am an intelligent human being. I have been around a lot. I went to Paris when I was 16 and I can take care of myself really well. Then this guy just approached me and told me they were casting. He gave me a card and said if you want to call me and come in for a test shoot please do. He wasn’t pushy or forceful or like come with me now! Which would have been a major red flag. He was very nonchalant, very charming and a well-spoken gentleman.

I thought that I would check him out. I looked at the website, spoke to my boyfriend and he seemed legit. I went around a bit cautiously the first time. It was an apartment in Harley Street; I thought that’s really good. At that time, if it was say in South London, then I probably wouldn’t have gone. I went in and there was a female assistant and a photo shoot. I was in and out in less that 10 minutes. He said, I will call you if the client likes you, thank you very much, nice to meet you and then I left. He did call the next day and said, “The client loves you; you want to come back and do it?” I was thinking of course, it is good money and so far everything sounds legit.

I wasn’t 15 years old, I was 22/23. I went to drama school, I travelled the world, I lived in New York, London, Paris on my own and I had been fine. So you don’t think suddenly that I am going to be fooled. That was the attitude when I went into the police station. I am intelligent but they were like, “Well why did you go in?” I said that I was doing a photo shoot but they said well he didn’t force you in? No, he didn’t force me in but he locked the door. Then they made me feel that it was my fault and I already thought that it was my fault for going in.” 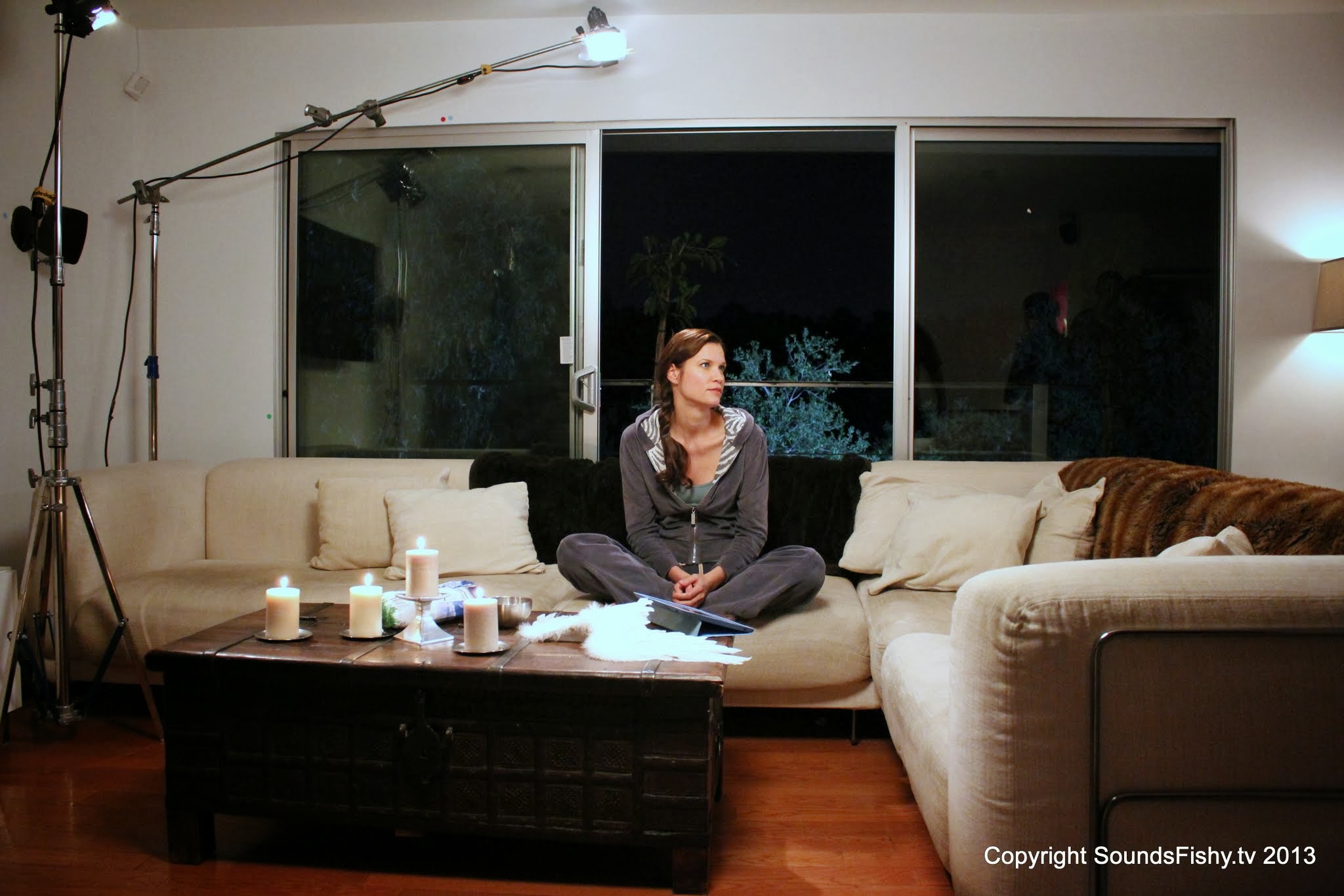 It is understandable why she wanted to write about her experience, but to star in the film?

“Yes, it was difficult at times but somehow I managed to separate myself from the character. I think it helped that I am already an actress, so it wasn’t like taking a normal person off the street who has been through an ordeal and asking them to re-enact it. I was an actress for many years, so I know how to play a character and work with it. There were a few moments on set which were hard.”

Farrell’s co-star Gabriel Olds plays the part of Peter, who is the man that photographed and entrapped Isobel. I am thinking that knowing about her past, there must have been times when Olds found it difficult?

Hang on, Old did not know about her past?

“Nobody on set really knew, it was only me, Glyn the writer / producer and the director. Out of the at least 50-person crew nobody knew.”

So, why didn’t she tell them?

“I told them just before the screening. I think Rudolph (Buitendach) the director told them maybe a few days before the screening. Actually, a lot of the crew still don’t know because most are in LA. He told some of the main crew, like the DP and Editor – they literally booked the flights and came to London to see the film. They had no idea. It was really touching that they all flew in from Copenhagen, Sweden, Germany … from everywhere!”

As Farrell has shared her story in such a public way, I wondered if she was in fear of her personal safety?

(Pause) “Actually, I have never thought about that. My sole purpose was to help other girls. I never thought about me being in danger because I don’t know where this guy is or whether he is still alive. I don’t think that he would in any shape or form come forward and find me.” 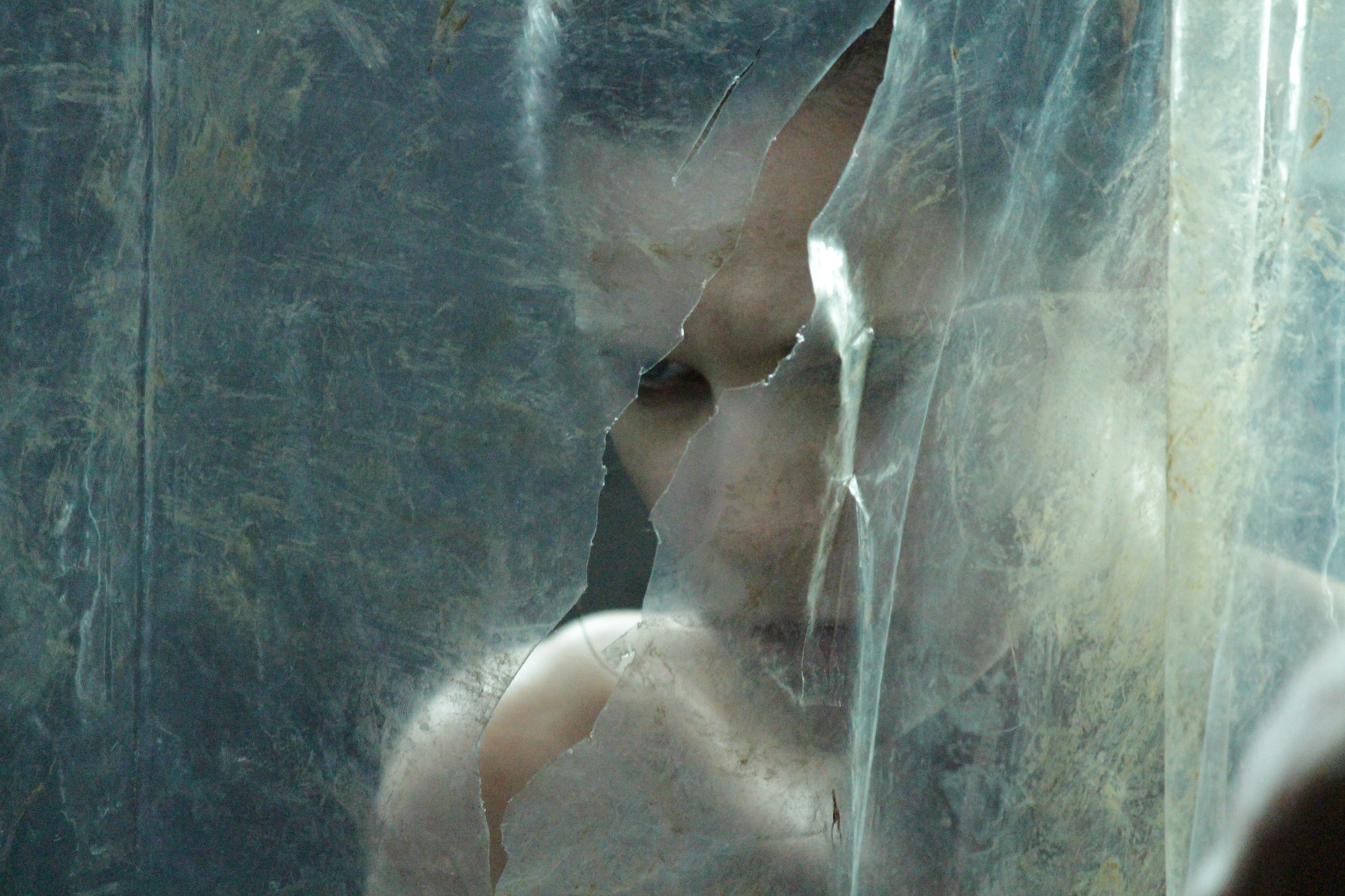 Selling Isobel is such a great film that I wanted to know when the rest of the population will be able to watch it.

“We don’t have a release date because I wanted to do a little bit more time at festivals. We have had an amazing start and Raindance is a really cool journey for this film. It also got the Raindance Indie Film of the Year. It was really good to be acknowledged. It makes me really think that I am doing the right thing by speaking out.

For the film it was very important for me that she wasn’t a poor person, who couldn’t speak any English or she came from East Europe or that she had her passport taken from her, because that’s what we think. When we think of a trafficked victim, we think it is those girls who come here with nothing. No, it’s not! It could be anyone and that is a very important message to get through to young kids: That it really can be anyone.”

Knowing that it is practically impossible to escape, Farrell is one lucky woman.

“I know, I am so lucky. I have a stat at the end of the film that only 2% of people get out. I think that is pretty close to the truth. Very few people do get out, which is why I want us to be called survivors. You should be a survivor because you survived something crazy. It should be a survivor and not a victim because that victim thing, it makes you not want to talk, it makes you embarrassed, it makes you think that it is your fault. They are not victims anymore, they got out and they got to be strong and try to continue to have a good life. Right now, I am doing as good as I can. I am living a very normal life.”

Well, I would personally like to thank Frida Farrell for speaking out about her ordeal. It is only by doing this that other people can be educated about human trafficking. Plus we need more awareness. Human trafficking is a global issue. Farrell adds to this, “We thought about doing a documentary at first, but I think young people – and it is aimed at young people – should see it. They need to get the awareness of what is going on. It is easier to get to them this way.”

In America, everything is for sale… “Every year, at least 20.6 million adults and children are kidnapped to be bought and sold into the...