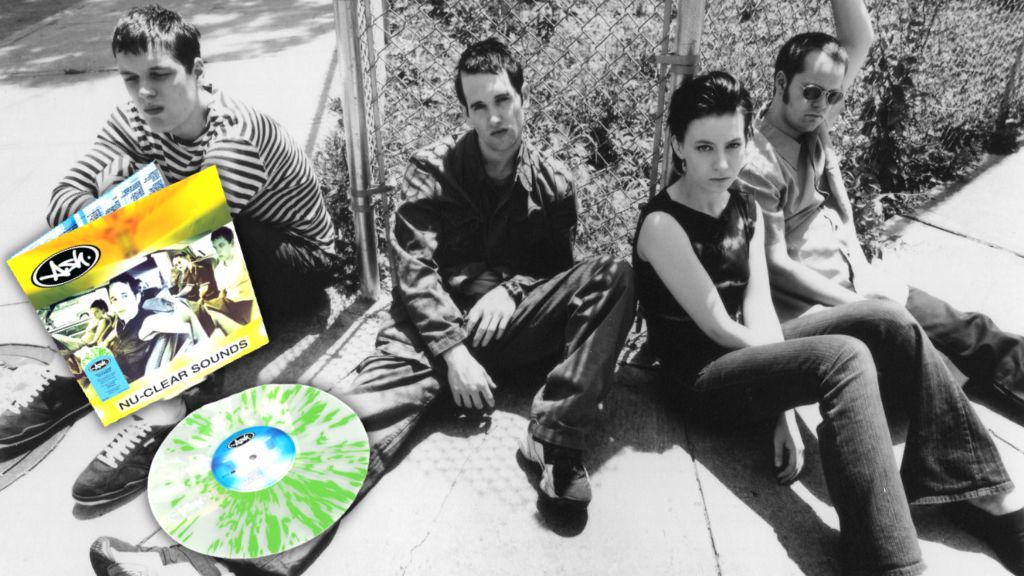 Downpatrick rockers, Ash have today revealed they’ll be re-issuing the band’s second studio album, Nu-Clear Sounds which originally came out on 5th October, 1998 and peaked at number seven in the UK charts, as well as reaching the top 50 in Australia, Norway and Scotland.

Following the landslide response to their 1977 debut LP, “Nu-Clear Sounds” introduced fans to a darker, but no less melodic, direction from the band. Meditating on the loss of innocence and drink and drug abuse, Nu-Clear Sounds reflected the frustrations of that specific era with stark candour and intimacy, and the band’s marriage of grunge rock and more brooding ballads spawned the hit singles “Jesus Says”, “Wildsurf” and “Numbskull”. The LP also marked the first of three albums that the band would release with guitarist Charlotte Hatherley as a full-time member.

Now, newly remastered and all set to be re-issued for the first time since its original release, “Nu-Clear Sounds” will be available on limited edition Clear and Nu-Clear green splatter colour vinyl from this coming 24th February.

We're absolutely buzzing to announce we will be re-releasing our Heart of Darkness in the shape of the splatter vinyl edition of our second album, Nu-Clear Sounds on 24th February. Pre-order yours now https://t.co/nKqUx1C3qB
1977, Free All Angels & Meltdown splatter vinyl out now pic.twitter.com/SKsF47yXrc

Commenting on the much-awaited re-release, drummer Rick McMurray said: “We’re absolutely buzzing to announce we will be re-releasing our Heart of Darkness in the shape of the splatter vinyl edition of our second album, Nu-Clear Sounds.”

You can place your pre-order for the reissue here now.