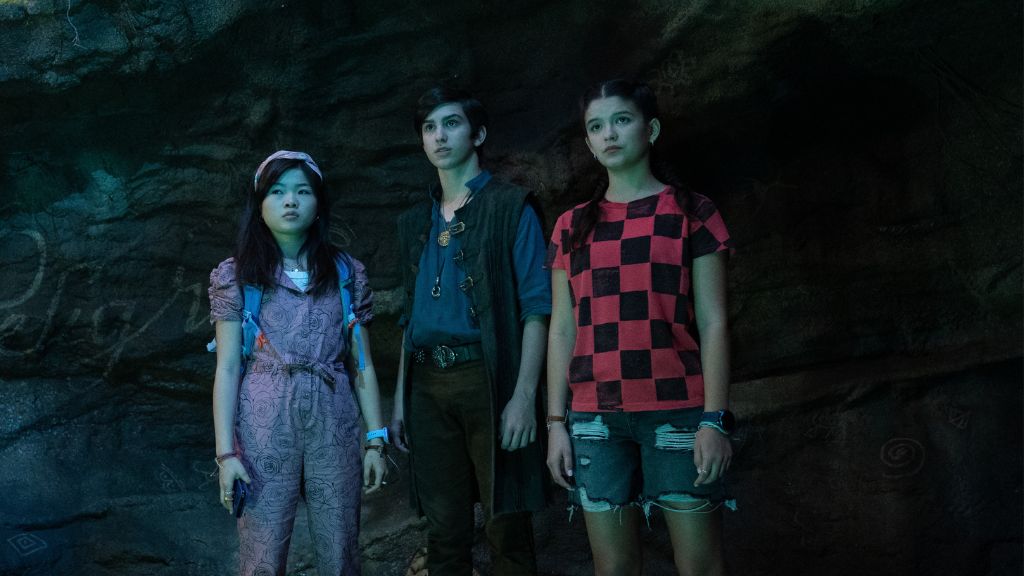 Apple TV+ has today debuted the first official trailer for “Surfside Girls,” a brand new series to add to the streaming platform’s ever-expanding and award-winning lineup of original films and series for kids and families.

Co-developed by WGA Award winner and showrunner May Chan (“American Girl: Corinne Tan,” “The Astronauts”), as well as Alex Diaz and Julie Sagalowsky Diaz (“The Shannara Chronicles,” “What’s Up Warthogs!”), and based on Kim Dwinell’s bestselling IDW Publishing (“Locke & Key”, “Sonic The Hedgehog”) graphic novel series of the same name, the live-action series stars Miya Cech (“Marvelous and the Black Hole,” “Rim of the World”), YaYa Gosselin (“We Can be Heroes,” “FBI: Most Wanted”) and Spencer Hermes-Rebello (“Troppo”).

“Surfside Girls” follows beachside besties Sam (Gosselin) and Jade (Cech) as they solve supernatural mysteries in their sleepy California beach town. These best friends must combine their polar opposite strengths of imagination and logic in order to solve the supernatural mysteries that hide just beneath the surface of their town.

“Surfside Girl” debuts globally on Friday, August 19 and in the meantime, we’ll leave you with the aforementioned first trailer for Apple TV+’s mysterious new series.