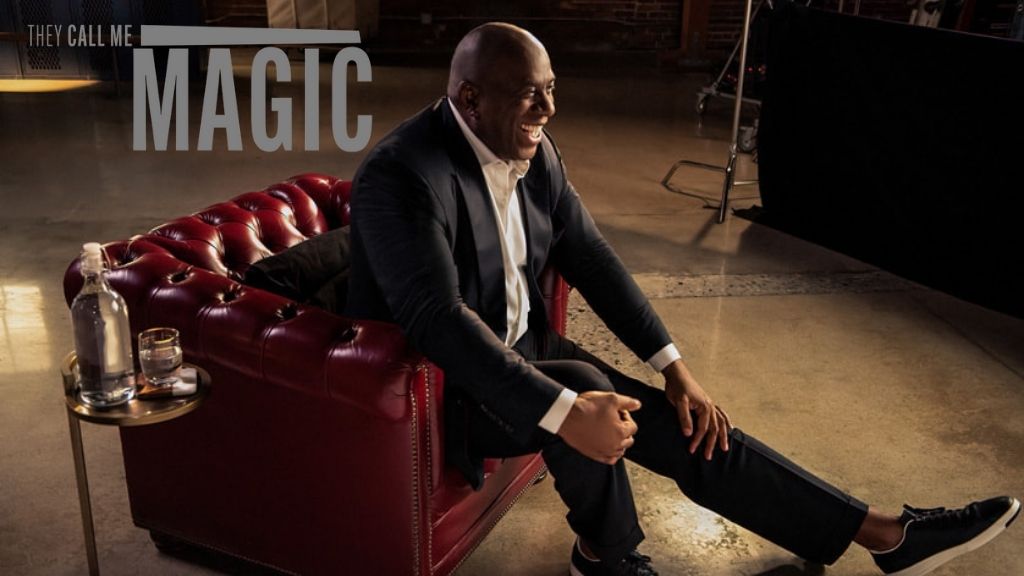 Hot on the heels of the SXSW world premiere of the docuseries “They Call Me Magic”, Apple TV+ has today released the official trailer ahead of its global premiere on Friday, April 22nd.

“They Call Me Magic” is a four-part documentary that will provide viewers with a rare, insightful, and eclectic glimpse into the remarkable true story of Earvin “Magic” Johnson, who left his mark on history through his work – both on and off the court – and who continues to make his mark on culture today. The series features intimate, never-before-seen interviews with Magic, his family, and a roster of stars including Cookie Johnson, EJ Johnson, Larry Bird, LL Cool J, Snoop Dogg, Samuel L. Jackson, Michael Jordan, Shaquille O’Neil, President Obama, Fred Stabley Jr, Dwayne Wade, Jerry West, Michael Wilbon, and many others.

Helmed by Rick Famuyiwa (“Dope”), with editor Dirk Westervelt (Ford vs. Ferrari) and cinematographer Rachel Morrison (Black Panther), the docuseries takes viewers on the extraordinary journey of Earvin “Magic” Johnson, who went from being the face of the Los Angeles Lakers and establishing himself as an all-time NBA legend, to reshaping the conversation around HIV and becoming a successful entrepreneur and community activist. From his humble beginnings in Lansing, Michigan, to becoming the global force that he is today, “They Call Me Magic” traces the cinematic life of one of the greatest icons of our era.

The docuseries is produced for Apple by XTR and New Slate Ventures, and produced in association with H.Wood Media and Delirio Films and joins a growing lineup of acclaimed and award-winning docuseries and documentaries on Apple TV+, including Emmy Award-winning “Boys State”; “The Velvet Underground,” the acclaimed documentary from director Todd Haynes; Critics Choice Award-winning and Emmy and Grammy Award-nominated “Beastie Boys Story”; the global smash hit documentary “Billie Eilish: The World’s A Little Blurry”; Werner Herzog’s Critics Choice Documentary Award nominee “Fireball: Visitors from Darker Worlds”; as well as upcoming documentaries “The Supermodels” and “Number One on the Call Sheet,” from acclaimed storytellers Jamie Foxx, Kevin Hart, Datari Turner and Dan Cogan.