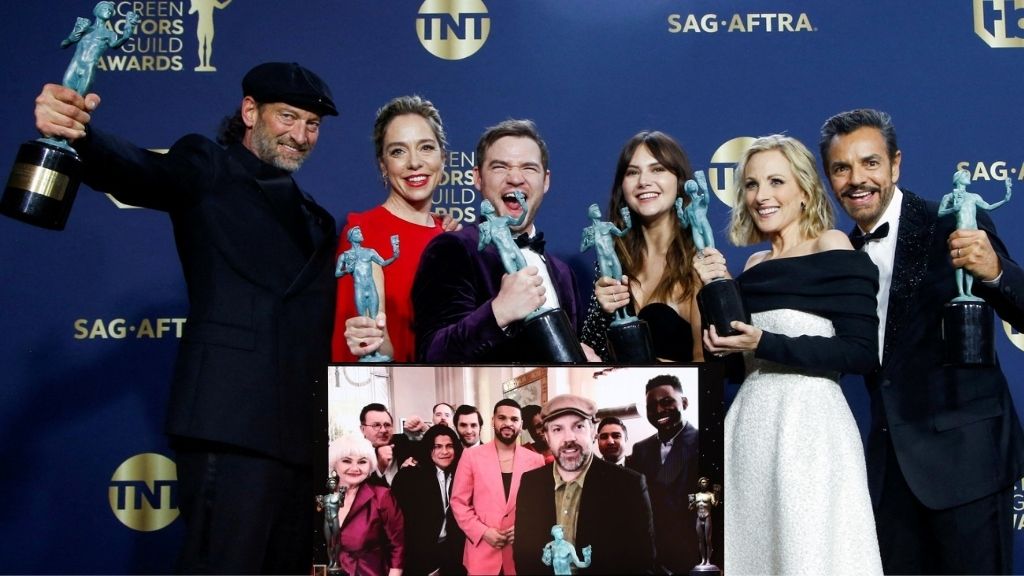 Last night’s 28th Annual Screen Actors Guild Awards saw Apple take home four SAG Awards, picking up individual and ensemble awards for Apple’s original film “CODA” and the hit comedy series “Ted Lasso“. The award ceremony saw “CODA” made history as the first film with a predominantly Deaf cast to receive the award for Outstanding Performance by a Cast in a Motion Picture, and lead actor Troy Kotsur becomes the first Deaf actor to receive an individual SAG Award for Outstanding Performance by a Male Actor in a Supporting Role.

On accepting the ensemble award on behalf of the cast of “CODA,” Marlee Matlin dedicated the award to deaf actors around the world: “We — deaf actors — have come a long way,” Matlin said. “This validates the fact that we, deaf actors, can work just like anybody else. We look forward to more opportunities for deaf actors, deaf culture.”

In total, Apple TV+ was honored with a total of four awards at the 28th annual SAG Awards ceremony:

“CODA” and seasons one and two of “Ted Lasso” are available to stream on Apple TV+ now.