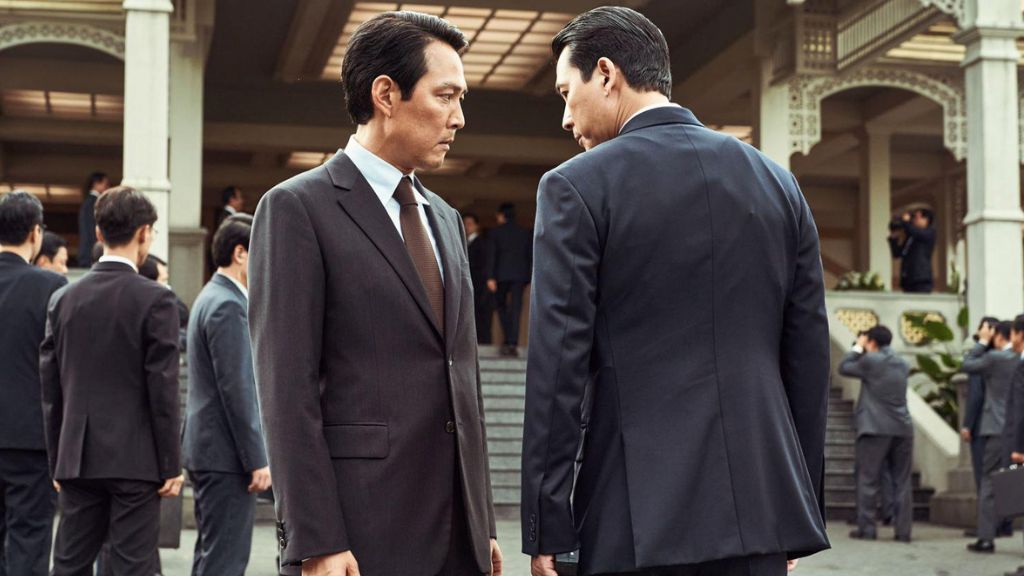 Altitude has announced that Emmy Award-winning Lee Jung-jae‘s (“Squid Game,” “The Acolyte”) stunning, fast-paced directorial debut, the spy thriller Hunt will release in UK and Irish cinemas and on Altitude.film and other digital platforms from 4 November 2022.

Directed by and starring Jung-jae, from a script written by Jo Seung-Hee (“Kyungwooui Soo”), Hunt is already a Korean box office smash hit and was nominated for the Golden Camera at this year’s Cannes Film Festival. Dealing with actual historical events that took place in the 1980s – the Gwangju Democratization Movement, the defection of North Korean pilot Lee Ung-pyeong, and the Aung San terrorist attack, Hunt takes place during the political turmoil of South Korea in the 1980s. Lee plays an intelligence chief tasked, along with Jung Woo-sung (The Good The Bad The Weird), with rooting out ‘Donglim’, a mole whose leaks are threatening the country’s national security.

Hunt premiered at the 75th Cannes Film Festival on May 19 this year, where it received a seven-minute standing ovation and the film’s distribution rights were pre-sold to 207 territories.

Brimming with terrific set pieces, all the intrigue, espionage, suspense, and frenetic action you can handle, and superb performances, Hunt will receive its UK premiere at the London East Asia Film Festival (LEAFF) tomorrow, 19 October at the Odeon Luxe, Leicester Square with Lee in attendance for a Q&A and to introduce the Opening Gala screening.

Hunt will then release in UK and Irish cinemas and on Altitude.film and other digital platforms from 4 November 2022. In the meantime, we’ll leave you with the official trailer.