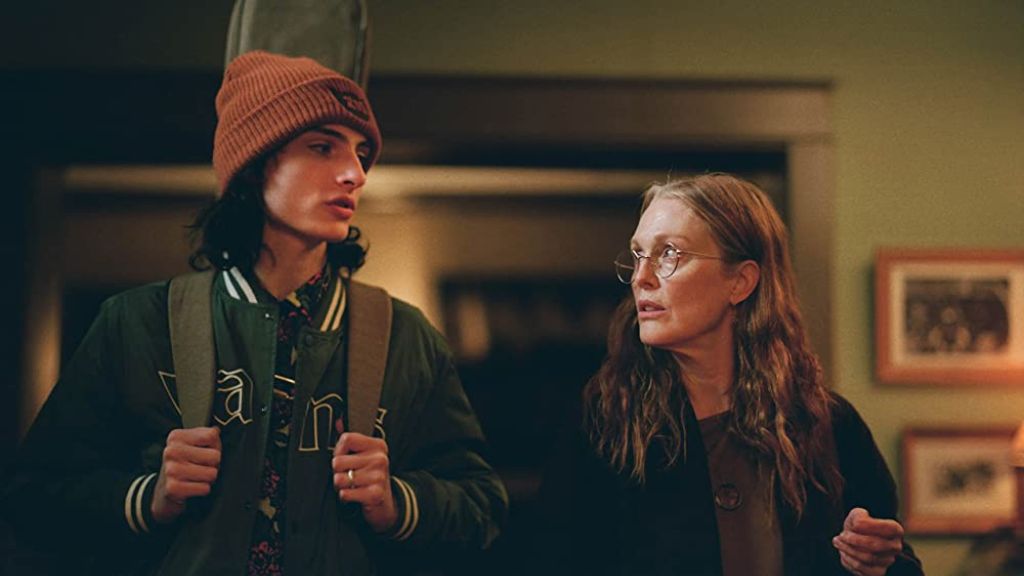 A24 has today dropped the first official trailer for Jesse Eisenberg‘s feature directorial debut, the American coming-of-age comedy-drama When You Finish Saving The World. The film received its world premiere at the Sundance Film Festival on January 20 this year to mostly positive reviews.

Written and directed by Eisenberg, and starring Academy-Award® winner Julianne Moore (Children of Men, Maps to the Stars) and Finn Wolfhard (“Stranger Things,” Ghostbusters: Afterlife), the film centres on Evelyn (Moore) who has devoted herself to helping people in hard times, but she struggles to connect with her son Ziggy (Wolfhard), an aspiring internet star oblivious to the problems of the world.

As Evelyn attempts to become a parent figure to an unassuming teenager she meets at her shelter, and Ziggy fumbles through his pursuit of a brilliant and politically conscious young woman at his high school, this emotional comedy reveals a funny and sharply perceptive portrait of a mother and son who may seem at odds but who are more alike than either would care to admit.

The cast is rounded out by Alisha Boe (Do Revenge, 13 Reasons Why), Jay O’Sanders (“Blindspot,” “Manhunt: Unabomber”), Bill Bryk (Ghostbusters: Afterlife) and Eleonore Hendricks (To the Night, The Mountain) and the film also features original music by Emile Mosseri, Wolfhard, and Eisenberg.

The film is adapted from the Audible Original “When You Finish Saving the World,” which was written by Eisenberg and audio released on August 4, 2020. This version featured the voice talents of Eisenberg, Wolfhard, and Kaitlyn Dever, and told the story from the perspective of three family members, at different stages of their lives. It went on to win the 2021 Audie Award for “Original Work”.

When You Finish Saving the World is produced by Moore, Emma Stone and Dave McCary and releases in theaters on January 20, 2023. In the meanwhile, we’ll leave you the the aforementioned first official trailer.