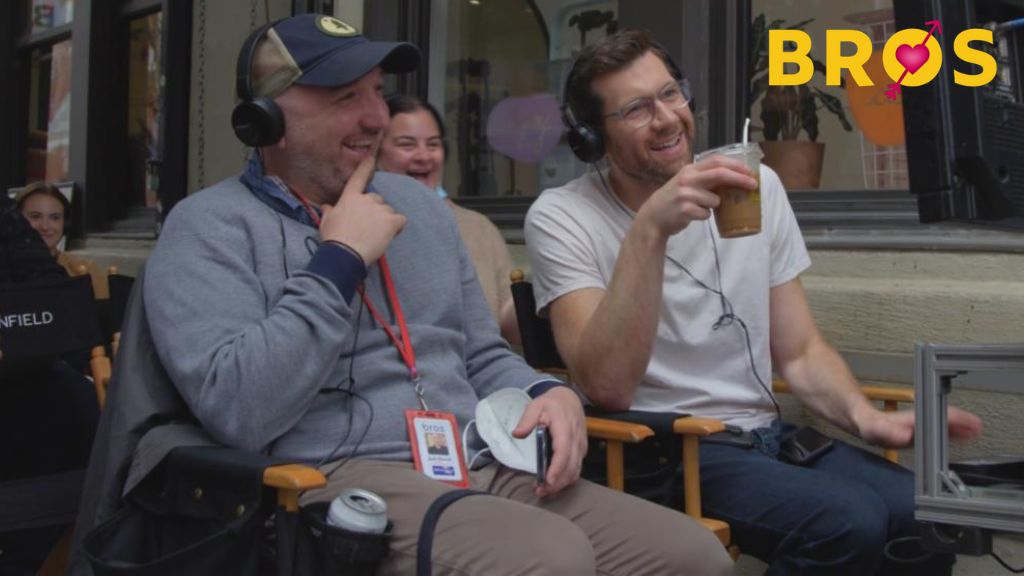 In anticipation of this fall’s release of Billy Eichner (Billy on the Street, 2019’s The Lion King), Nicholas Stoller (the Neighbors films, Forgetting Sarah Marshall) and Judd Apatow’s (The King of Staten Island, Trainwreck) smart, swoony and heartfelt comedy Bros, Universal Pictures has released a featurette providing a look inside the first romantic comedy from a major studio about two gay men maybe, possibly, probably, stumbling towards love; and the first to feature an entirely LGBTQ+ principal cast.

Starring Eichner, the first openly gay man to co-write and star in his own major studio film, and directed by Stoller from his screenplay with Eichner, Bros centers on Bobby Lieber, an “out and proud but also scared and self-doubting” museum curator who is hired to write a romantic comedy about a gay couple. Along the way, he meets – and eventually falls in love with – Aaron, a “macho” lawyer.

Bros releases in theaters everywhere this September 30 and in the meantime, we’ll leave you with the aforementioned featurette with features Eichner, Stoller, Apatow and the cast discussing the vision behind their hilarious and history-making new movie.