On the eve of THE SEASONING HOUSE receiving its Network Premiere on HORROR CHANNEL, director Paul Hyett talks about the difficulty of casting the lead role, the virtues of listening and the proudest moment of his career (so far!)

Did you know from a young age that you wanted to work in movies?

Yeah, when I was in my teens. I loved movies, they were such an entertaining escape for me and horror movies were my favourites – The Thing, Nightmare on Elm Street, Friday the 13th… I decided early on that as soon as I left school I wanted to work in the film industry. Because I loved sculpting, painting and art, coupled with my love for creatures and gore, I figured that special make-up effects was the way to go.

You made your name working as a special effects make-up artist, can you recall what it was like being on set for the first time?

Well, I went into the industry the very low budget route so it wasn’t daunting. Most of what I was working on were student films, short films and micro budget features, so everyone was learning together. It was exhilarating and so much fun learning my craft and being part of movies. I think when I got onto the more professional ones, it was a step up in responsibility and work ethic, and it was more daunting, but you grow and learn. Experience is key in this industry and I had to learn quick still being a teenager.

What would you say was your greatest make-up effect?

Well, it’s hard to pin down a particular make up effect, I suppose ‘The Descent’ was a landmark as we were producing large scale manufacture of silicon appliances for the crawlers. As far aa I’m aware, no one was really doing that. It was a real step up from foam latex, and we did so much on that film, fifty applications of crawlers, mechanical heads, dead bodies, gore effects, dead animals, stunt weapons and a thousand bones in about six weeks of prep. It was an undertaking, and a major achievement in my career.

Was becoming a director always part of your career plan?

Not at first. When I was a teenager, it was all about special make up effects, creatures and gore. But over the years, the thought of putting my own visions on the screen grew. I was getting so much work in prosthetics, sometimes ten films a year, running large departments, that I had no time to pursue writing and directing. But about eight years ago I decided, enough, I want to make my own movie, and so I started to really pursue it, making time to write and that’s when about four years ago, we finally came up with ‘The Seasoning House’.

The Seasoning House is getting its Network Premiere on Horror Channel this month, how did the project come together?

I had known the producer Michael Riley for about fifteen years at that time, and the last few years before we made TSH we had spoken about doing a film together with me in the director’s chair. At the same time I had spoken to another writer. Helen Solomen, about a project she had about sex trafficking, about a young girl trapped in a brothel.  It was more a real life docu-drama, and I said I thought it would make a terrific horror thriller, I went away and wrote a fifty-page pitch and then brought on a co-writer, Conal Palmer, and we developed it into a feature length script. I then pitched it to Templeheart films, they loved it and raised the money and we made it. 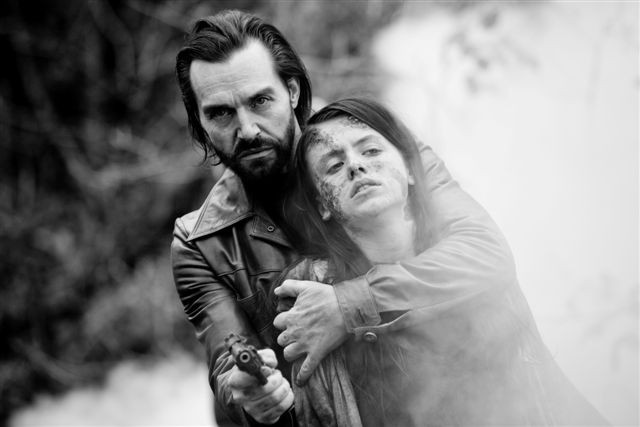 Was it a difficult movie to cast as Rosie Day and Kevin Howarth, in particular, are outstanding?

Well I’d known Kevin for years and thought he’d be great for the role of Viktor, a manipulative, cunning swine. The role of Angel was more difficult, we saw 130 girls in open auditions, and Rosie was in the final ten, I was worried, then Rosie came in, and she blew us away, her strength, her vulnerabilities, she was fantastic from the start, she nailed it.

How nervous were you sitting in the director’s chair for the first time?

Not at all, I feel more comfortable on a set than anywhere else, and I think that took away the nervousness, I had in my head what I wanted to do, and just did it, I had a great producer, and a lovely cast and crew.

It’s a bleak and challenging film, what was the atmosphere like on set?

It was always in our heads that we weren’t making an exploitative film, and the girls wanted to do justice to a real life horror in the world. On set it was a fun atmosphere, we all got on so well, considering the subject matter, everyone had a fun time.

Was it a tough shoot?

Not really, it was only four weeks long, and it was mostly just cold, The real challenge was doing a movie with strong performances, lots of stunts, wire work, VFX work, SFX elements, chases through woods in the cold winter, all in such a short space of time.

How nervous were you when it premiered at FrightFest in 2012?

YES! VERY nervous. But the FrightFest crowd was lovely and so welcoming.  And Alan, Paul, Greg and Ian really made it special. It as such an exhilarating experience, easily the proudest moment in my career.

What did you learn of the craft of directing whilst making The Seasoning House?

Always prep as much as you can, listen to your cast and crew, bring out people’s skills, let them flourish as artists. You’re as good as your cast and crew, as long as you bring a vision, and know exactly what you want it should all fall in place. I’ve been lucky to have good producers, good cast and crews on my films.

Would you approach it any differently if you were to make that movie now?

I would cut out Angel arriving at the woman in the pig cottage, I think it slows down the pacing at that point, but because she changes costume, we couldn’t change it in the edit. It’s the one mistake I regret, painting myself into that corner.

So what can you tell us about your latest movie, HERETIKS?

It’s the movie I was initially going to do after ‘The Seasoning House’, when Howl came along and I jumped onto that one first. ‘Heretiks’ takes place in the 17th Century, where a young woman, Persephone (played by Hannah Arterton), is saved from execution by a mysterious woman, played by Clare Higgins. She is taken to a priory to serve penance looking after the sick. However Persephone realises there is a much darker evil already there.

Paul Hyett, thank you very much.

THE SEASONING HOUSE is broadcast on Horror Channel on Sat 27 Feb, 10.45pm. 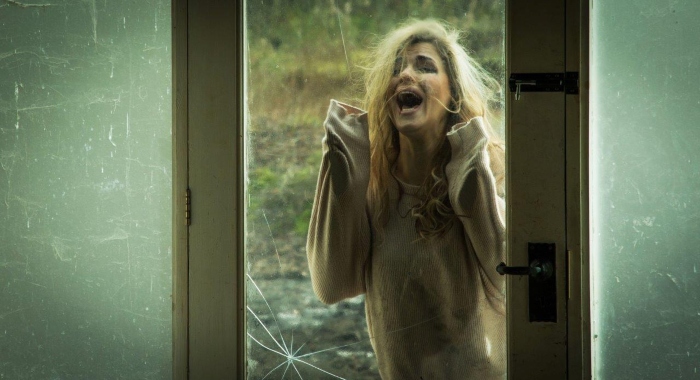 Abigail Blackmore Talks the True Terror of ‘Tales From the Lodge’

Following a successful tour of the international festival circuit which kicked off with a World Premiere at SXSW, Abigail Blackmore’s directorial feature debut, TALES... 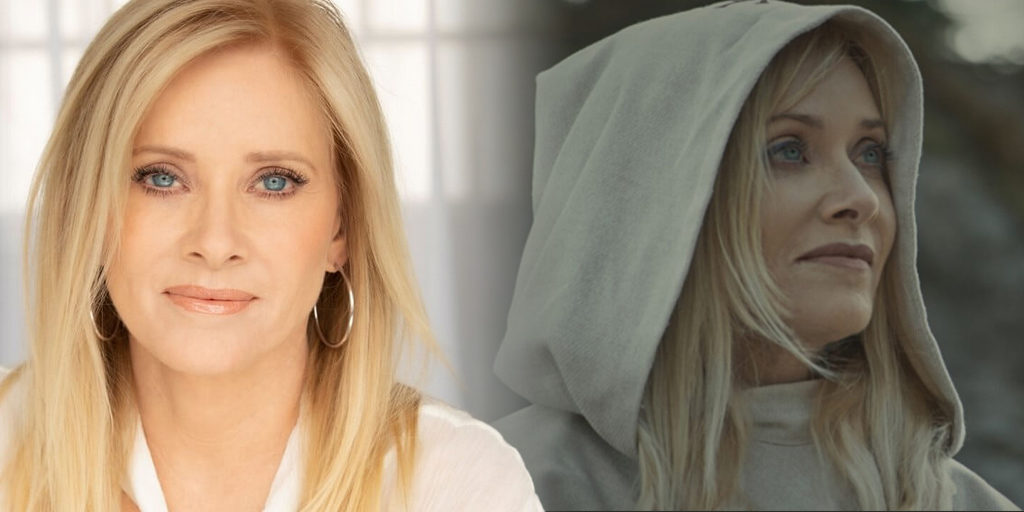 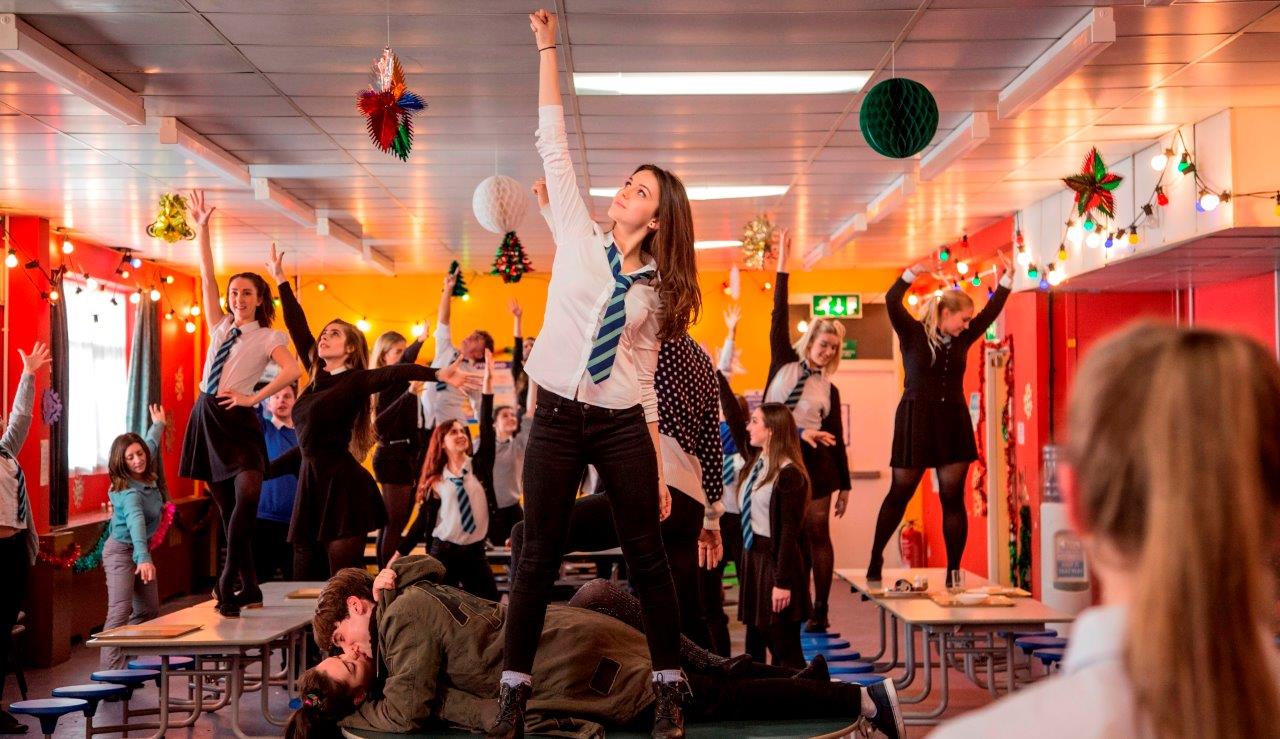 Get ready for some cadaverous choir singing as genre fans are in for quite the Christmas Day treat this year. The Horror Channel has...