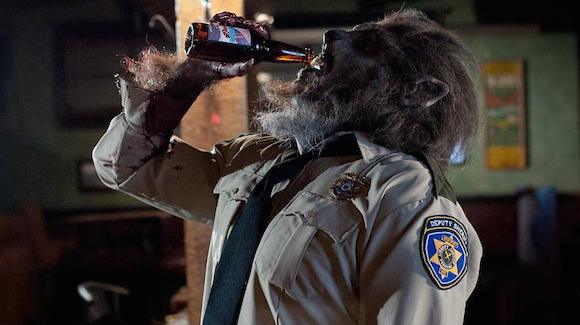 Whilst the first WolfCop feature film is yet to release in theatres, CineCoup has green-lit a sequel for the genre feature after two successful buyers screenings at this year’s Cannes Film Market.

Speaking recently to WolfCop director and writer, Lowell Dean (13 Eerie), he told us how he had in fact first written an outline for a sequel before even tackling the original movie. The reasoning for this was that he didn’t want to have to write a WolfCop origins story. Then, after writing around 30 pages of the sequel it became clear that he was going to have to write the origin story first and that was how WolfCop came about. With the sequel officially greenlit, Dean will be returning to helm WolfCop 2 so, in the same hands, we can expect the WolfCop world to continue to expand with the same winning formula as the original.

Commenting on the sequel, CineCoup President, Distribution and Sales, Brad Pelman said “We are ecstatic by the reception of international buyers to CineCoup’s first feature film. Based on the unanimous positive reaction to the film, we will be putting Wolfcop 2 into production this fall. We can’t divulge much about the storyline at this point, only that it will be dirtier and harrier than the first one.”

Whilst no further details have yet been revealed regarding deals in Cannes for the original WolfCop, International Sales Agent, Raven Banner Entertainment, will be announcing details very soon.

In the meantime we’ll leave you with the theatrical trailer for the original.

WolfCop follows Lou Garou (Leo Fafard), an alcoholic cop who tends to black out and wake up in unfamiliar surroundings. However, lately things have taken a strange turn. Crime scenes seem oddly familiar, Lou’s senses are heightened, and when the full moon is out, he’s a rage­fueled werewolf. WolfCop is one cop’s quest to become a better man…one transformation at a time.

The first WolfCop film will open in cinemas across Canada from June 6, 2014 and we hope to be able to bring news of international release dates soon.

There is also a WolfCop crowdfunding campaign for an action toy, graphic novel, vinyl + MOAR! which ends this Wednesday, May 21 at midnight over at http://igg.me/at/wolfcop