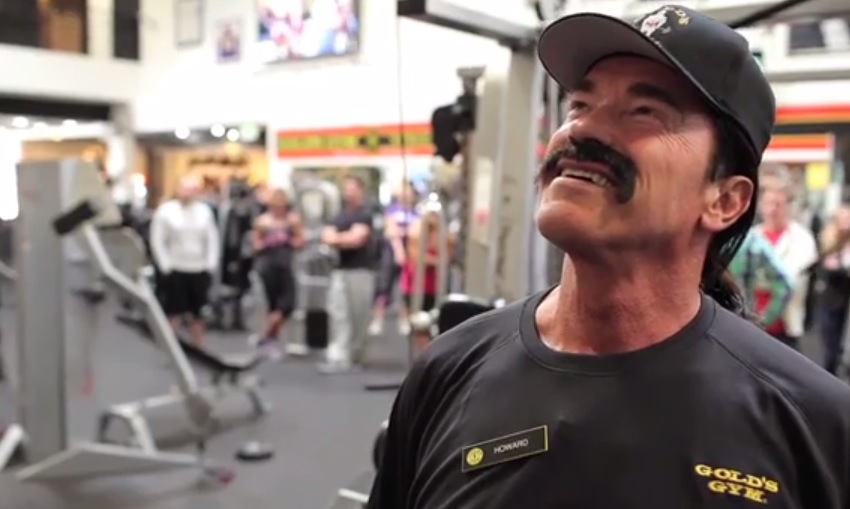 Reddit’s Ask Me Anything section is going crazy of late and for obvious reason.

Bill Murray‘s recent AMA appearance on behalf of Monuments Men was a blinder and now Arnold Schwarzenegger is back after he promised he would be in those hilarious video recitals you will all have seen.

The Governator is currently campaigning in promotion of his After School All-Stars organization, a charity he created in 1992 to support children from low-income families providing them with both health and leadership education. As always, Arnold is a sucker for goofing around in front of the camera so he decided to film a prank in an effort to drum up awareness for his latest campaign. To cut a long story short, he spends “hours” in the make-up chair to go undercover as Howard, a Gold’s Gym fitness advisor. Trust us when we say this. That really is him under all that moustache.

As well as the video he posted, it’s well worth heading over to his AMA page as the star also shared some eye opening stories from his past such as a couple of times he almost met his maker during film shoots. There is also a competition where anyone donating anything from $10 through Omaze.com could be in with a chance of being flown over to Los Angeles to spend the day with Arnold – you’ll ride a tank together, work out together, smoke cigars together.

We’ll leave you with the aforementioned Arnie prank which is more than enough to convince you just what an amazingly fun day you could have if you donate to this wonderful charity…  And remember, 75% of the body is water so stop being a baby, put that cookie down and get repping the water …