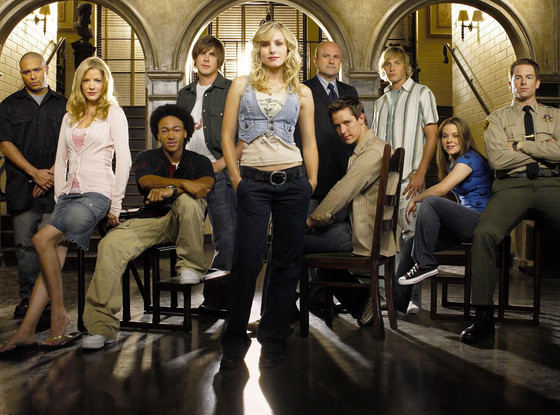 After leaving the private investigator life behind for a singing, snowman building redhead, Kirsten Bell gets pulled straight back into the thick of it in her very own movie, Veronica Mars.

Veronica returns to her home town when she hears her old high school flame, Logan Echolls has been convicted of murdering his current girlfriend. This murder mystery looks as though it could get a tad heated for the teenage fans of Veronica Mars. With some laughs and er um, punches, the majority of the original cast appear to be back in action. Alongside Kirsten Bell, Jason Dohring is back as Logan and Enrico Colantoni as Keith Mars, Veronica’s father, as chief of police. Jamie Lee Curtis also makes a welcome appearance in this trailer, with a cameo from actor James Franco on the cards as well, which will be sure to keep us ticking over until we see it.

From what we see in the trailer, this should be a massive teenage hit for girls and guys to talk about whilst at school.

Directed by TV’s Rob Thomas, Veronica Mars releases digitally in the UK on MARCH 14, the same day as its UK cinema release.